IND vs SL: MS Dhoni’s influence in Deepak Chahar’s innings, took the advice of former captain and got victory 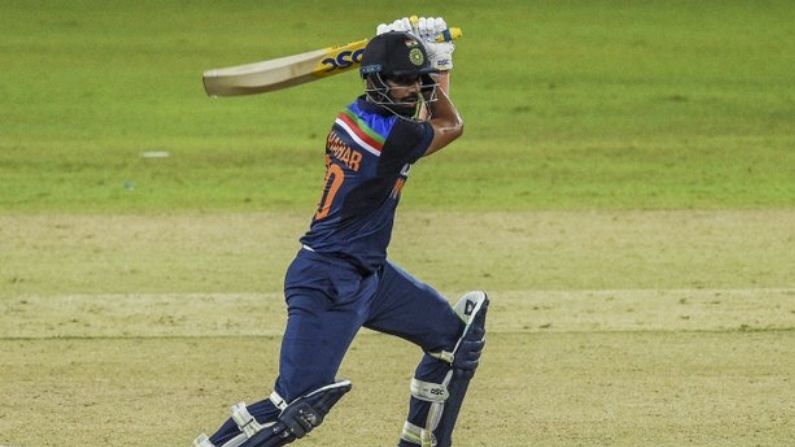 Deepak Chahar scored the first half-century of his international cricket career in the second ODI against Sri Lanka and returned with a memorable victory for Team India.

Deepak Chahar scored the first half-century of his international career against Sri Lanka.

Deepak Chahar, the fast bowler-all-rounder who took India out of a difficult situation in the second ODI against Sri Lanka, has told that former Indian captain Mahendra Singh Dhoni (MS Dhoni). The important lessons he learned about batting, he implemented it in this match. In his long career, while chasing the target for Team India, Dhoni had won many times by staying till the end. Not only Team India, but also captain Dhoni played this role for Chennai Super Kings (CSK) in IPL. In such a situation, it was bound to have an effect on Chahar, who has been playing under Dhoni’s leadership in CSK for 3 seasons, and by adopting this philosophy, he gave Team India an important victory.

The Board of Control for Cricket in India posted a video of Deepak Chahar on Twitter, in which the Indian star was seen explaining the special advice of former veteran captain Dhoni and its impact. Chahar said, “Obviously he has a huge influence. Not only CSK, but seeing him since childhood, how the match should be taken closer. When there is talk of him, he says that it is in your hands to take the match till the end. If you take it till the end, then victory and defeat remains in a few overs. Whatever the result in the last over, it has a lot of thrill and entertains the spectators.

🗣️ 🗣️: @deepak_chahar9 talks about the impact @msdhoni has had on his on-field mindset. #TeamIndia #SLvIND pic.twitter.com/T5sM5bL1MX

India took an unassailable lead by defeating Sri Lanka 2-0 in the 3-match series. Sri Lankan bowlers put the Indian team in trouble in the second match of the series held on Tuesday 20 July. India had lost the wickets of top 7 batsmen till 194 runs. After this, bowlers like Deepak Chahar and Bhuvneshwar Kumar together took the team out of the mouth of defeat. There was an unbeaten partnership of 84 runs between the two for the 8th wicket and in the last over, Team India achieved the target from Sri Lanka. Chahar scored his first international half-century and remained unbeaten on the winning four as he scored 69 runs.

Also read: IND vs ENG: A tremendous double blow to Virat Kohli, Team India out of the second Test series in two days