IND vs SL: Krunal Pandya collided with the batsman while stopping the ball, then got up and did a heart-winning work, watch video 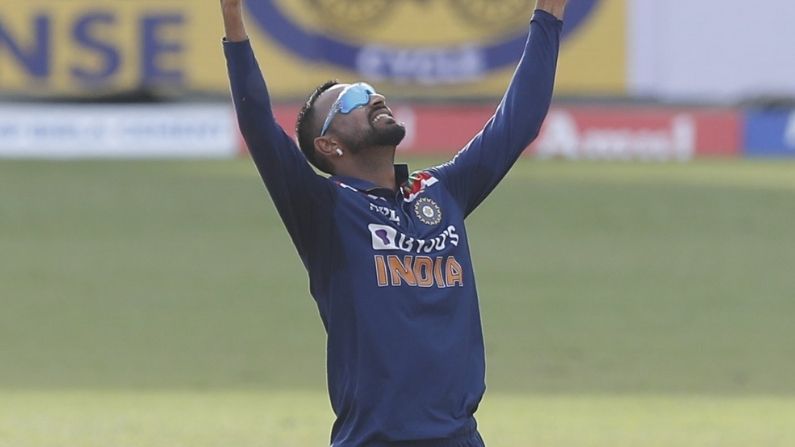 Krunal Pandya bowled brilliantly in the first ODI and kept the Sri Lankan batsmen in check. He also took a wicket in his name.

The first match of the three-match ODI series is being played between India and Sri Lanka (India vs Sri Lanka) at the R. Premdas Stadium in Colombo. In this match, Sri Lanka won the toss and decided to bat first. A new team of India is playing in this series under the captaincy of Shikhar Dhawan. Hardik Pandya’s brother Krunal Pandya was also given a chance in the team in the first ODI and while bowling in this match, he did a thing that won everyone’s heart. Now he is being praised all around.

Actually, Krunal was bowling the 22nd over of the Sri Lankan innings. He bowled the third ball of the over and batsman Dhananjay de Silva, who was on strike, wanted to play that ball directly near the stump, Krunal stopped the ball by hitting a dive, but during this he collided with non-striking batsman Charitha Asalanka. During this, he collided a bit with Asalanka. Krunal immediately got up and hugged the batsman. Krunal again took the wicket of de Silva in the 25th over.

Upholding the Spirit of Cricket! 😌
Lovely gesture by Krunal 👏🏽

Such was the innings of Sri Lanka

However, the Sri Lankan team could not make any big score while batting first. He scored 262 runs in the allotted 50 overs for the loss of nine wickets. Many of his batsmen started well but could not convert them into big innings. The team’s highest scorer was Chamika Karunaratne, who scored an unbeaten 43 off 35 balls with the help of one four and two sixes. Captain Dasun Shanaka scored 39 runs in 50 balls. Asalanka contributed 38 runs. Opener Avishka Fernando scored 32 runs. Deepak Chahar, Yuzvendra Chahal and Kuldeep Yadav took two wickets each for India. Hardik Pandya and Krunal took one wicket each.

In this match, two players are making their debut for India. The names of these two players are Ishan Kishan and Suryakumar Yadav. Today is Ishaan’s birthday and he is the second player from India to debut on his birthday. Before him, Gursharan Singh made his debut in 1990 on his birthday. Both of them also made T20 debut together but Suryakumar’s batting could not come in that match.

Tokyo Olympics 2020: Archery will have a unique use of cameras, will keep an eye on the players differently, know what is the matter