Ind vs SL: Captain Shikhar Dhawan told this fight going on in the Indian team, said this on Arjuna Ranatunga’s statement 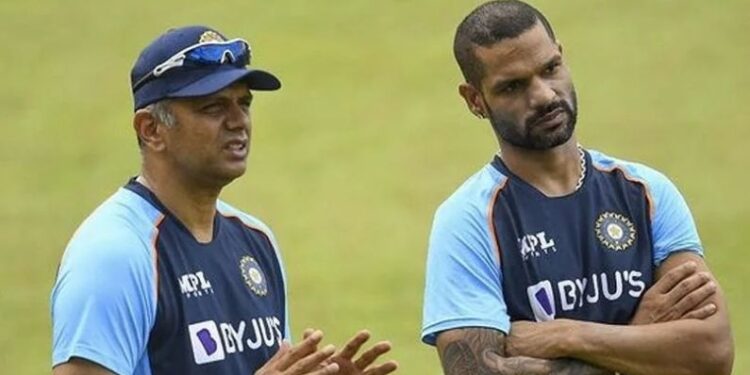 The Indian cricket team, captained by Shikhar Dhawan, is currently on a tour of Sri Lanka where it has to play three-match ODI and T20 series of as many matches.

The Indian team is currently on a tour of Sri Lanka and where it has to play a series of three ODIs and three T20 matches. It is starting from 18th July. Both the teams will face each other in the first ODI on Sunday. However, the Indian team is currently confused about one thing and that is the opener, who will open the innings with captain Shikhar Dhawan? The situation is not clear about this, while the team has options like Prithvi Shaw, Devdutt Padikal and Ruturaj Gaikwad. Dhawan has said that it is a good thing for the team to have such competition for the opening. However, he has not given any information about the team.

“When you play for India, every series is big and every player knows how important every match is,” Dhawan said at a press conference on Saturday. There is a lot of competition for the opening and that is a good thing. Whoever plays, his goal is to do well for the team. When we do well, then things (selection) start happening automatically.”

Said this on the statement of Arjuna Ranatunga

When asked about former Sri Lankan captain Arjuna Ranatunga’s statement that the Indian team that toured Sri Lanka was second-class, Dhawan said he was not bothered by it. During a media interaction, Dhawan said, “If he (Ranatunga) feels that this is a second-rate team, then it is his feeling. we will proceed. We have come here to play against Sri Lanka. This is an international match. We have to take advantage of the opportunity.”

Did not talk to Virat- Ravi Bhai

Dhawan also said that he has not spoken to the team’s chief captain Virat Kohli and coach Ravi Shastri regarding any particular player. “I haven’t had any specific discussions with Virat or Ravi bhai. But I am sure he must have discussed something with Rahul bhai and the selectors and I am sure we will be conveyed this message. Whoever plays in this series, the focus will be on the T20 World Cup. Obviously if the selectors, Ravi bhai or Virat have a player in mind, we will play that player because it is a good platform. If you want to see a player before the World T20, then this is the only series you have. ”