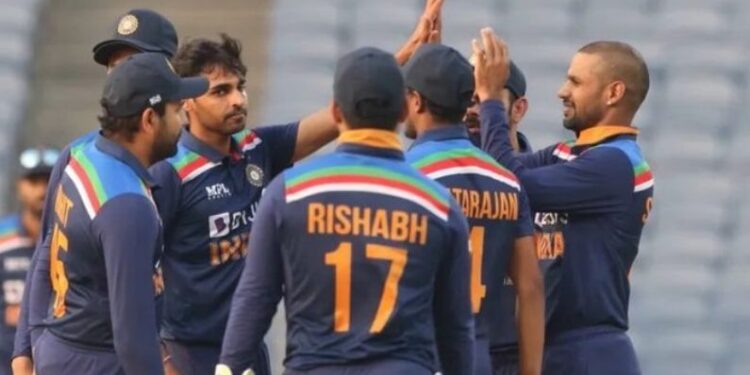 Bhuvneshwar Kumar did not get any wicket in the first ODI against Sri Lanka. Also they were expensive. In such a situation, in the second match, he will try to take wickets and give success to India.

Bhuvneshwar Kumar is the head of bowling of the Indian team on the tour of Sri Lanka.

The second ODI match is being played between India and Sri Lanka in Colombo. In this, Team India is once again bowling first. During the match, a big record of Indian fast bowler Bhuvneshwar Kumar was broken. During the Sri Lankan innings, Bhuvi bowled a no-ball in the fifth over. With this, his practice of not throwing no-balls in ODI cricket for the last six years came to an end. Bhuvi had last bowled a no-ball in ODIs in October 2015 before this match. Since then, he did not cross the line even once while bowling. Nor was the ball thrown above the waist. Bhuvneshwar Kumar bowled 515.6 overs i.e. 3093 balls without bowling any ball in ODIs.

Bhuvneshwar Kumar is a disciplined bowler. They deviate far less than the line. Due to this, extra runs are given less. In T20 cricket too, he holds the record of bowling the most number of balls without bowling a no-ball from India. He has thrown 1034 balls i.e. about 172 overs without bowling any ball. He is followed by Washington Sundar who has bowled 621 balls. It is clear from this that Bhuvi bowls with a lot of discipline and does not give any relief to the batsman through no-balls.

Bhuvi has been troubled by injuries for some time.

Bhuvneshwar Kumar did not get any wicket in the first ODI against Sri Lanka. Also they were expensive. In such a situation, in the second match, he will try to take wickets and give success to India. Bhuvi is also the vice-captain of the Indian team on the Sri Lanka tour. He has played 21 Tests, 118 ODIs and 48 T20Is for India so far. In this, he has taken 63 wickets in Tests, 138 in ODIs and 45 wickets in T20s. He is a part of the Indian team since 2012.

In the recent past, he has been troubled by injuries. Because of this, he has been in and out of the team. Because of this his form has also been affected. Bhuvi returned to the Indian team in March this year after suffering an injury in August 2019. He made a comeback against England. Then he took six wickets in three ODIs.

read this also: IND vs ENG: In the first practice match instead of Virat, Rohit was commanded, Ashwin, Shami, Ishant not named in the playing XI