Ind vs SL: An injury snatched the chance of ODI debut from this young man of India 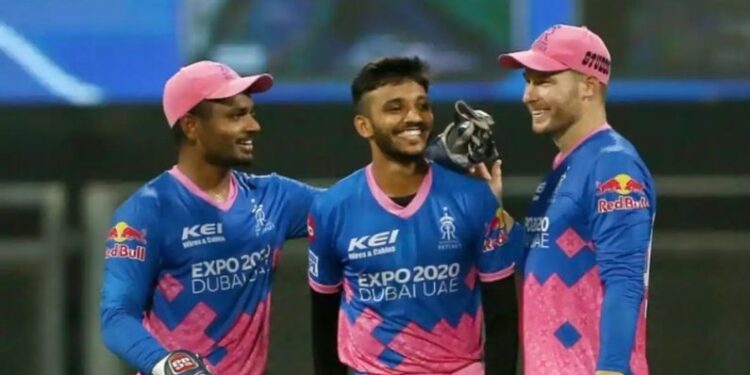 It was expected that this player, who made a splash in the IPL, would get a chance to make his ODI debut against Sri Lanka but it could not happen.

Sanju Samson could not make his ODI debut due to injury.

The three-match ODI series between India and Sri Lanka has started from Sunday. R. In the first ODI being played at Premadasa Stadium, Sri Lanka won the toss and decided to bat first. When the Indian team captain Shikhar Dhawan announced the team on this tour at the time of the toss, there was not a name in it that everyone was probably expecting. That name is wicketkeeper-batsman Sanju Samson. Sanju did not find a place in Dhawan’s team while both Ishan Kishan and Suryakumar are making their ODI debuts. Everyone was surprised to see Sanju’s name but now the reason for this has come to the fore.

Preference given over Ishan Kishan!

Had Sanju been fit, he might have made his ODI debut and Ishan may have had to sit out. Both of them are wicketkeepers. Sanju is not in the team, so Ishan is playing the responsibility of wicketkeeper. Today is also Ishaan’s birthday. Sanju has had to struggle a lot to make it to the team. He has played T20 for India but he has not got a place in ODIs yet. This tour is an opportunity for him to make his mark in this format. Sanju has played a total of seven T20 matches for India so far and has scored 83 runs.

An old pair of India is also making a comeback in this match and this pair is of two spinners. We are talking about the pair of Kuldeep Yadav and Yuzvendra Chahal. Both of them are playing together in Team India after two years. The last time both played together was in the 2019 World Cup in England. In the match against England in the league round, both were part of the playing XI. Since then, Team India played many series, but these two did not get a chance to play together. Both have played 34 ODIs together so far. Out of these 34, India has won 24, lost nine and tied one match. Together they have taken 118 wickets in 34 ODIs. Out of these 65 wickets are in the name of Kuldeep Yadav while Yuzvendra Chahal has taken 53 wickets.

Ind vs SL: The one who messed with Virat Kohli on the middle ground, Shikhar Dhawan gave him a chance to debut