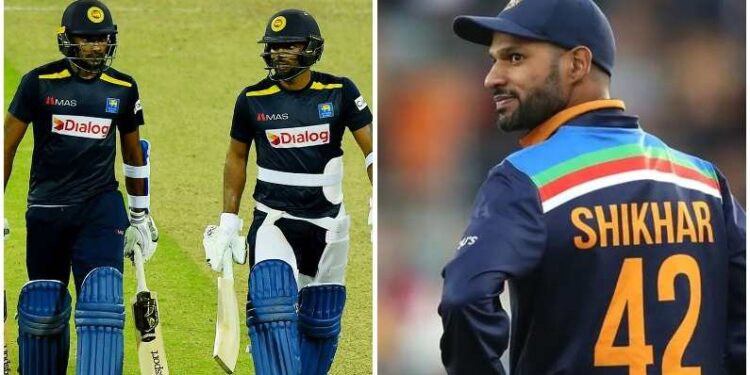 How old is the wait for Sri Lanka to defeat India in the ODI series, guess it from the fact that during this time a generation of both the countries has become young.

Today is the first match of the 3 ODI series between India and Sri Lanka.

Who is the King of Colombo? Whose flag was the victory over Premadasa? Will host Sri Lanka change its history against India? Or will Team India remove its power? The answers to many such special questions will be seen today. How old is the wait for Sri Lanka to defeat India in the ODI series, guess it from the fact that during this time a generation of both the countries has become young. It has been 24 years since Sri Lanka won the ODI series against India. In the year 1997, he won the 3 ODI series against Team India for the last time in his home with a clean sweep. But, whenever there has been a match with India since then, it has ate only in the ODI series.

India and Sri Lanka last met face to face in the year 2017 on the pretext of ODI series. The first 3 ODI series took place in India, in which Sri Lanka lost 2-1. Then in the same year in the series of 5 ODIs played in Sri Lanka, India whitewashed. India and Sri Lanka have clashed in 18 ODI series since 1982, out of which 13 have been won by India. While the 3rd series has been a draw. During this, Sri Lanka just managed to win the ODI series played at home in 1993 and 1997.

What a second class team can do today will see Ranatunga

The past history of the ODI series is showing that the dominance belongs to India. Nevertheless, if Sri Lanka wants, it can go away because many big stars of Team India are not together this time. And then captain Arjuna Ranatunga, who made him the world champion of ODIs, has already judged the strength of Dhawan and Co. That is, from their point of view, Sri Lanka has full opportunity. But, this is the opportunity in front of the Indian team as well, to deny the words of Ranatunga. It will be a wonderful sight when a team of India will come to play at Premadasa in Colombo today, and the other team will see it from Durham and will cheer up. Today we will also see the captaincy of Virat, Rohit and Rahane Dhawan. Today it will be known what Indian bowling can do without Bumrah, Shami.

India’s team has changed, attitude and intentions have not

Today both the countries will face each other in ODIs for the 160th time. India has won 91 times in 159 matches played before this. While Sri Lanka has won 56 times. At the same time, 1 match is tied and 11 are inconclusive. Talking about the last 10 matches between the two countries, India has won 9 times. The average score of the first innings in Colombo is 285 runs. India has scored the highest 375 runs here in 2017. It is clear that all the figures are with Team India and against Sri Lanka. India’s team has changed. Instead of the conscious, there are more enthusiastic faces. But there is no shortage in their attitude and intentions. This is enough to defeat Sri Lanka and become the King of Colombo.

Also read: The batsman rolled while stealing the run, Root’s team thought of the runout as injured, then he started it! VIDEO