IND vs SL, 1st ODI: Dhawan and Shaw will open, will play 4 specialist bowlers, this will be India’s playing XI against Sri Lanka! 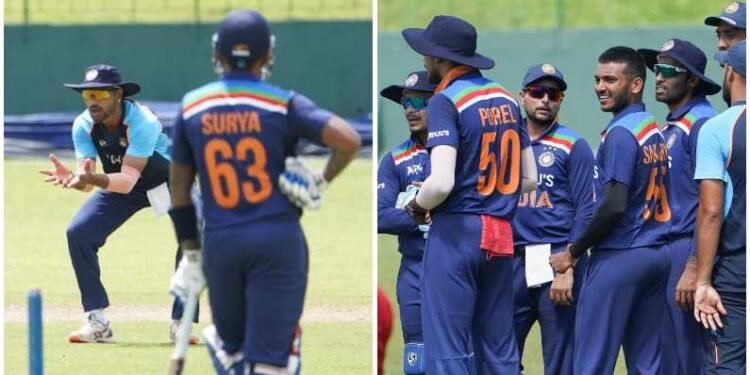 In any kind of competition, the first blow becomes important. If the start is good then the chances of winning the battle are high. Team India will also be in the same line in the first ODI against Sri Lanka.

It is time for Team India’s mission England to begin. But the battle for the victory of Sri Lanka is about to begin. With the ball and the bat, both the teams beat Colombo by R. Premadasa will be seen doing two hands at the stadium. The victory in this will be of the one who has more power. Dum means army. And in cricket, this army refers to those 11 players who will be seen playing for India. Team India has reached Sri Lanka with its 20 soldiers, but there are only 11 of them who will be seen playing on the field.

In any kind of competition, the first blow becomes important. If the start is good then the chances of winning the battle are high. Team India will also be in the same line in the first ODI against Sri Lanka. She would like to field only those 11 of her players, who can live up to the expectations. She would like to play a team that has passion and senses along with it.

Dhawan and Shaw will open, this will be the middle order!

The position of Team India’s opening pair in the first ODI against Sri Lanka is almost clear. Captain Shikhar Dhawan and Prithvi Shaw are the right choices for this position. Surya Kumar Yadav will be the favorite option on the first down. Experience will also be needed in the middle order, so the team management can field Manish Pandey at number four. Sanju Samson and Ishan Kishan are the two options in wicketkeeping. Both are strong batsmen. But in the first ODI, the Indian think tank would like to try Sanju’s ability. After this, the selection of Pandya Brothers in the team as an all-rounder is confirmed in the playing XI.

India will go with 4 specialist bowlers

Against Sri Lanka, India can go with 4 specialist bowlers, in which there will be 2 fast bowlers and 2 spinners. After a long gap in this series, people can see ‘Kulcha’ ie the pair of Kuldeep and Chahal playing together on the field. Bhuvneshwar Kumar will be seen taking command in fast bowling. Apart from him, Navdeep Saini can be fed as another pacer.