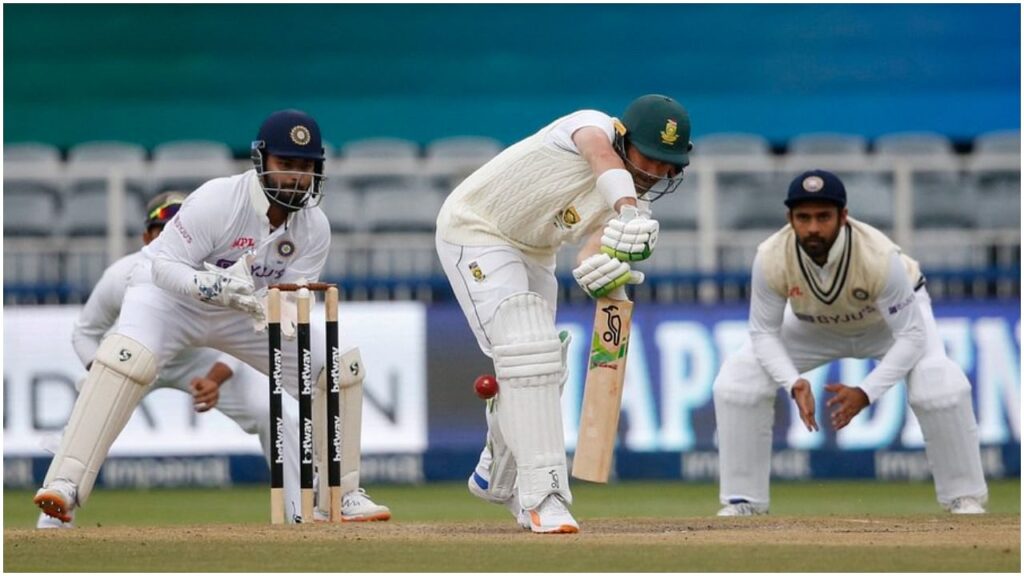 Team India missed a big chance to win the series in Johannesburg after securing a historic win in Centurion. In the Johannesburg Test, host South Africa, showing a great game, defeated the Indian team by 7 wickets. With this victory of South Africa, the series has become 1-1 and now the winner of the series will be decided in the third and last Test which will be played in Cape Town. Captain Dean Elgar made a big contribution in South Africa’s victory. Apart from him, Resie Van der Dusse also played an excellent innings. Elgar scored an unbeaten 96 while Duce played an innings of 40 runs.

Indian bowlers performed very poorly on the fourth day. Bumrah, Siraj, Shami gave 3 fours in the turn of throwing the bouncer. The Indian team gave 16 runs wide, which is very bad according to the target of 240 runs. Bumrah conceded 70 runs on a bowler-friendly pitch and he could not take a single wicket. Siraj was not completely fit, due to which Team India had to bear the brunt.

The fourth day started with rain. Johannesburg’s rain washed away the game of the first two sessions, but when the match started, South Africa showed a great game. Dean Elgar stood on the wicket like a rock and with him Resie van der Dusse batted in an aggressive manner. Both completed their half-century partnership and on sight, adding 82 runs for the third wicket, Team India was thrown out of the match itself. South African captain Dean Elgar scored a half-century while batting brilliantly. Elgar completed his half-century in 131 balls. Shami dismissed Duce on a personal score of 40 but after that Temba Bavuma also batted brilliantly. Elgan and Bavuma made an unassailable partnership of 68 runs to give victory to South Africa.

India lost the Test in Johannesburg for the first time

IND VS SA: Team India lost the battle of Johannesburg, know 5 reasons why the match slipped out of hand