IND vs SA: Rishabh Pant told the real reason for the defeat in the ODI series, said- South African spinners better than Ashwin and Chahal 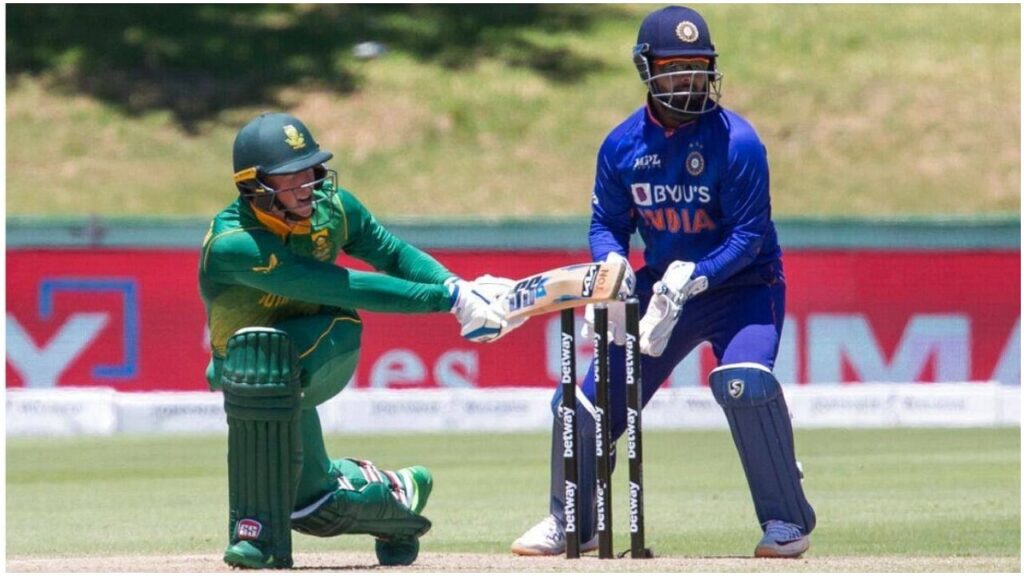 Wicket-keeper batsman Rishabh Pant, who played the highest innings of 85 runs for India in the second ODI, has given the real reason for India’s loss of the ODI series.

team india after test series (Team India) The ODI series against South Africa has also been lost. 2nd ODI played in Paarl (2nd ODI) In 2012, hosts South Africa defeated Team India by 7 wickets, taking an unassailable 2-0 lead in the 3 ODI series. That is, now in the last ODI to be held in Cape Town, the Indian team will play to avoid a clean sweep. Not to win the series. There was no single reason for Team India’s defeat in the ODI series against South Africa. Rather, there were many reasons for this defeat. Rishabh Pant, the wicket-keeper batsman who played the most innings of 85 runs for India in the second ODI (Rishabh Pant) Has given the real reason for India’s loss of ODI series. In Pant’s view, South Africa’s middle order batting made a big difference between the two teams.

The first match of the ODI series between India and South Africa was also played in Paarl itself, in which the hosts defeated the visiting team by 31 runs. After this a comeback was expected in the second ODI. But even after putting 287 runs on the score board, India could not win. Rishabh Pant admitted after the match that many runs were enough on Paarl’s slow wicket, yet we lost.

South Africa made a difference in the middle over

The left-handed wicket-keeper batsman, while counting the flaws of Indian bowling, admitted that South African spinners bowled better than Ashwin and Chahal. He said that, “Keshav Maharaj, Aidan Markram and Tabrez Shamsi bowled on good line length, which benefited them. At the same time, he is also used to playing in this condition.

However, Pant told the biggest reason for losing the ODI series after a long time for the Indian team to play in the Fifty Over format. He said, “We are playing ODIs after a long time. In such a situation, a lot of things can be said about the team. We just have to correct our mistakes. Hopefully in the coming matches, we will recover by rectifying our flaws.”