IND vs SA: Rain and match canceled, it was bound to happen, the shadow of the past did not leave the chase, the result of the series dipped 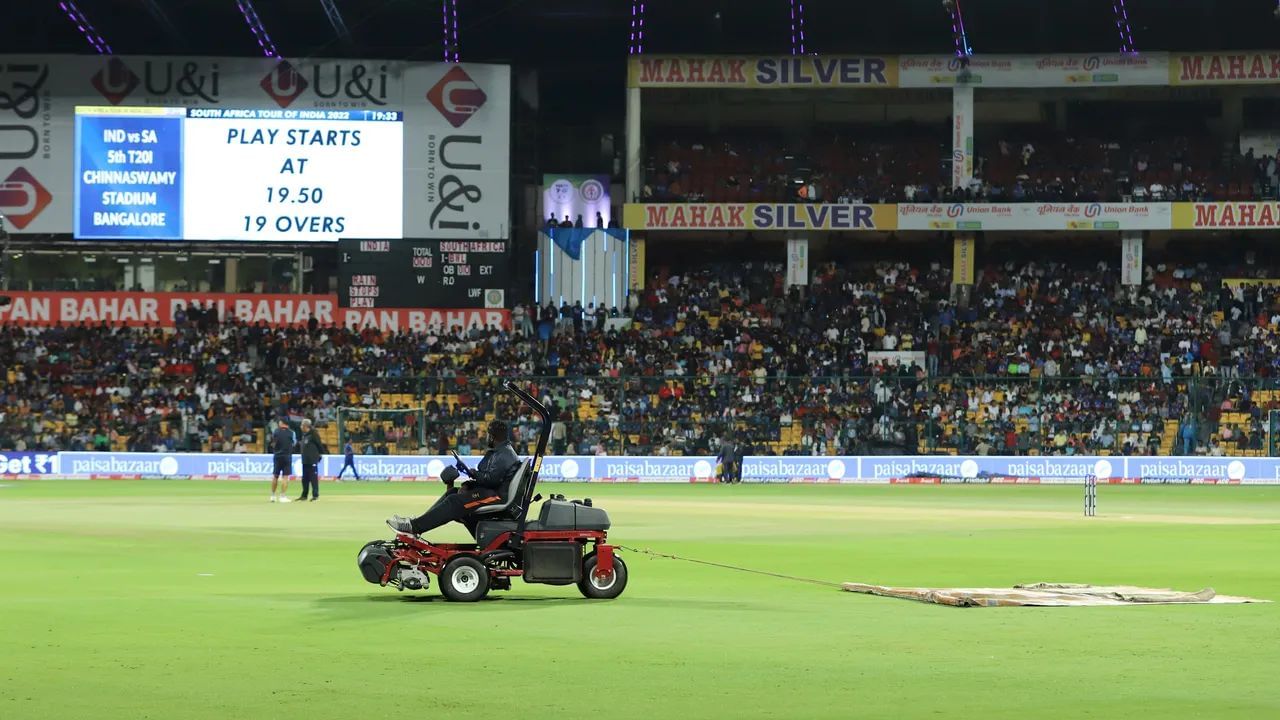 The fifth match between India and South Africa was abandoned due to rain. (BCCI Photo)

The five-match series between India and South Africa (IND vs SA) ended in a 2-2 draw and with this the dream of both the teams to win the series was shattered.

The five-match series between India and South Africa (IND vs SA) was to be decided on Sunday as the deciding fifth match of this series was to be played on this day. Whichever part of this match came, that team would have won the series, but the rain took away this opportunity from both the teams. Due to rain, only 3.3 overs could be played and then the match was called off due to non-playable conditions. With this, the series ended in a 2-2 draw. But it was fixed. The match was set to be canceled due to rain. The reason for this is the history of T20 series played between these two teams in India in the past. Why are we saying this, they tell you.

Actually, in the two T20 series played in India before this series between Team India and South Africa, one match each in those series was canceled due to rain. This sequence was stalled till the fourth match of the current series, but in the fifth match, rain did its work and canceled the match and with this, the series of raining a match in the T20 series between these two teams also continued.

The team of South Africa came on the tour of India in 2015. Both the teams played a three-match T20 series on this tour. South Africa were ahead 2-0 in this series and the third match was to be played at the Eden Gardens Stadium in Kolkata but the match had to be canceled due to rain. The first match of this series was played in Dharamsala and the second match was played in Cuttack, South Africa was successful in winning both the matches and hence the series was named after him.

South Africa again came on the tour of India in 2019. This time also a three-match T20 series was kept between the two teams. The first match of the series was in Dharamsala. But it rained in Dharamsala and the match was called off without a ball being bowled. After that both the matches were played and the series ended in 1-1 draw. The second match was played in Mohali which India won. The third match was in Bangalore which South Africa won and the series ended in a draw.