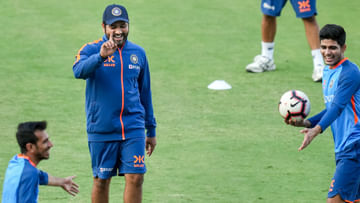 The toss of the match has taken place in Hyderabad. India has won the toss and elected to bat first. That is, New Zealand will bowl first.

New Zealand is now on the target of Team India. The first match of the ODI series between the two teams is in Hyderabad. The toss of the match has taken place. India has won the toss and elected to bat first. That is, New Zealand will bowl first. After the toss, both the captains – Rohit Sharma and Tom Latham – have announced their respective teams. India has made 3 changes in its team against Sri Lanka in the last ODI.

Please tell that this will be India’s second ODI series this year. Earlier, India played a 3-match ODI series against Sri Lanka and made a clean sweep in it. At the same time, the New Zealand team has come to India after winning the ODI series in Pakistan. This is the reason why Team India captain Rohit Sharma has considered New Zealand a big challenge.

3 major changes in the Indian team

Shardul Thakur has returned to Team India for the first ODI against New Zealand. Apart from them, Ishan Kishan and Hardik Pandya have also returned to the team. All three got the place of Umran Malik, Akshar Patel and Shreyas Iyer. On the other hand, the New Zealand team has come with a combination of 3 fast bowlers and 2 spinners in their playing eleven.

Such is the playing XI of both the teams