IND vs NZ: Suryakumar’s entry confirmed! This will be India’s playing XI in Hyderabad 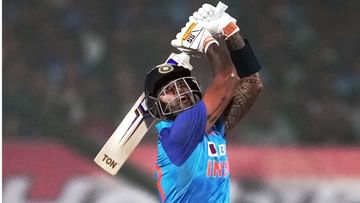 IND Vs NZ Match Prediction Squads: Indian team’s star batsman Shreyas Iyer has been ruled out of the ODI series. Suryakumar may get a chance in his place

Suryakumar’s records in ODIs are not great

Fans explosive batsman in ODI series played between India and Sri Lanka Suryakumar Yadav Got very angry seeing him sitting on the bench. This wish of the fans is going to be fulfilled against New Zealand. The first match of the ODI series will be played between India and New Zealand on Wednesday, in which Suryakumar is almost certain to play. The Indian team would like to field a strong team for the tough challenge from New Zealand. Every ODI series is very important for India from this year’s World Cup.

India has to play three ODI series against New Zealand. The first match will be played in Hyderabad, the second in Raipur and the third in Indore. Suryakumar can get a chance in all the three matches. Before the World Cup, Surya will not get a better chance than this to establish himself in the ODI format.

Surya got a chance in place of Iyer

Shreyas Iyer was selected in the team for the ODI series. However, he is out of the team due to injury. His exit has proved beneficial for Suryakumar as now his entry in the team is fixed. Surya has batted explosively in T20 in the last two years, although his record in ODIs is not very impressive. This Mumbai batsman wants to play the World Cup to be held in India this year. In such a situation, Surya will have to fully capitalize on this opportunity.

Surya was given a chance in the last ODI against Sri Lanka. Here he scored only four runs. In the 17 ODIs he has played so far, he has 388 runs in his name. Surya will not get a better chance than this to improve his record. The presence of Surya and Hardik Pandya will strengthen the Indian middle order.

Ishan will play in the middle order

There is no possibility of any change in the opening pair against New Zealand. Although there can be a change in the middle order. Ishan Kishan can be given the responsibility of wicketkeeping and he will have to enter the middle order. In the absence of Akshar Patel, either Shahbaz Ahmed or Washington Sundar can be given a chance. One of Yuzvendra Chahal and Kuldeep Yadav will get a chance.