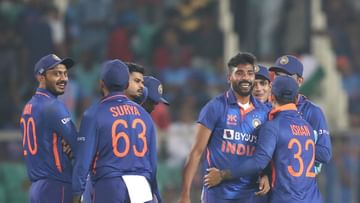 IND Vs NZ Match Preview: The Indian team had defeated Sri Lanka 3-0 in the three-match ODI series and now this team will continue to maintain the same rhythm against New Zealand.

The ODI series between India and New Zealand is starting from Wednesday.

After defeating Sri Lanka, the Indian cricket team is now ready to take on New Zealand. New Zealand team will play more limited overs series on India tour. The tour will start with the ODI series and the first match will be played in Hyderabad on Wednesday. India had defeated Sri Lanka 3-0 under the captaincy of Rohit Sharma, but New Zealand’s challenge is not going to be easy for them as this team has recently defeated Pakistan in its home ODI series.

In this series, some changes can be seen in the combination of Team India. KL Rahul is not playing in this series due to personal reasons. In such a situation, the question is that in his place, who will be responsible for wicketkeeping in the team. Ishan Kishan can return to the playing XI in the first match after the uproar after being dropped from the team despite a world record double century, although he will have to enter the middle order.

have played middle order before

Kishan, who scored the fastest double century in ODI history in the third match against Bangladesh, was dropped for the series against Sri Lanka. Shubman Gill was preferred over those who opened the innings with captain Rohit Sharma. Gill scored 70, 21 and 116 runs in three matches. There is no possibility of any change in the opening pair against New Zealand. Ishan has landed in the middle order in three out of ten ODIs so far, so he has experience of batting at this position.

KS Bharath, the second wicket-keeper in the squad, is unlikely to be selected as he has been kept as cover in Rahul’s absence. With the World Cup to be held this year, every match is important and India’s match against Sri Lanka will be very important. would like to maintain The performance of three top-order batsmen and fast bowler Mohammad Siraj against Sri Lanka was commendable.

Eyes will be on Kohli

Apart from Gill and Virat Kohli, Rohit also scored 83 and 42 but could not score a century. Kohli hit one century after the other and returning to the old form has rung the alarm bell for New Zealand. Shreyas Iyer Shreyas Iyer will not play in this series. He is out due to injury. In such a situation, Suryakumar Yadav will get three chances to confirm his place in the team. The presence of Surya and Hardik Pandya will strengthen the Indian middle order.

ahmed will come or sundar

Apart from Rahul, Akshar Patel has also been given a break, in whose place Shahbaz Ahmed can be a part of the playing XI. It remains to be seen whether the team management drops him or Washington Sundar can be given a chance. So far India have preferred a finger or wrist spinner i.e. one of Yuzvendra Chahal and Kuldeep Yadav who impressed against Sri Lanka. Did too. It has to be seen whether the two will play together like five years ago.

After the first ODI, Chahal did not play due to shoulder swelling but he will be available for this series. Siraj, Mohammed Shami and Umran Malik will handle the fast bowling front.

On the other hand, the New Zealand team does not have stars like Kane Williamson and Tim Southee, but despite this the team is very strong. Acting captain Tom Latham had a great performance in ODIs against India last time. The New Zealand team has come with high spirits after defeating Pakistan.