Ind vs Eng: Team India’s holiday is over, preparations for Test series will begin, this is the plan ahead 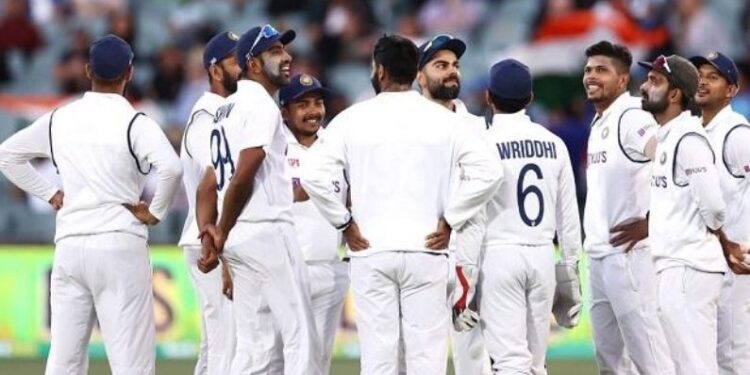 The Indian cricket team was on a 20-day leave after the defeat in the final of the ICC World Test Championship and now they will start preparing for the Test series.

The Indian cricket team is currently on a tour of England, where they have to play a 5-match Test series. (File Photo)

Now only 21 days are left in the five-match Test series between India and England. The second round of the ICC World Test Championship will begin with this much-awaited Test series starting in Nottingham from August 4. For this Test series, the Indian team has been in England for the last one and a half months. Team India played the final of the first Test Championship during this period, in which it had to face defeat. Since then, the players of Team India are on leave for 20 days and this holiday is ending today. With this, India’s preparations for the Test series will start from today. All the players of the team will gather again in London today.

There was a long gap in the Test series after the Test Championship final, but due to the restrictions of the coronavirus pandemic, the Indian players had to stay in England. In such a situation, the players were given leave of 20 days by the board and on July 14, they were ordered to regroup in London. Today all the players are ending their holiday and now the team will gather together again, from where they will go to Durham for the next stop.

Practice match to be played in Durham

The Indian team will now play a 3-day practice match with the team of England’s domestic cricketers within the next 20 days. This match will be played in Durham County and in this the Indian team will face Select County XI, which will be a team made up of players selected from different county teams. The Board of Control for Cricket in India had requested the England Cricket Board for this match. Initially, the ECB was not ready to organize such a practice match, but later it agreed to the request of the BCCI. This match is expected to be played from July 20 to 22.

Questions will be answered from the practice match

Apart from this match, the Indian team will also play intra-squad matches, so that all the 24 players present in the team will get ample opportunities for match practice. With the help of these practice matches, the Indian team would also like to overcome their dilemma of opening. Due to the injury of Shubman Gill, the team has only the pair of Rohit Sharma and Mayank Agarwal. The team is not in favor of opening from KL Rahul, while the team management is not sure about the opener Abhimanyu Easwaran who went as standby. In such a situation, Easwaran can be tested in the practice matches.

Apart from this, the team can also improve its strategy regarding the bowling attack with these matches. There is also the dilemma of going with four fast bowlers or three fast bowlers. Also, according to reports, the team management is trying to give a place to Mohammad Siraj in the playing XI. In such a situation, one of the fast bowlers will have to sit out or will a spinner sit outside? The team will try to find answers to all these questions in the next 20 days, starting from today.

Also read: IND-W vs ENG-W 3rd T20I: The last battle against England today, Team India will win the series or will it be dissolved in colour? Preview