IND vs ENG: Team India will camp in Durham, this team will have a practice match, fans will also be able to watch Live 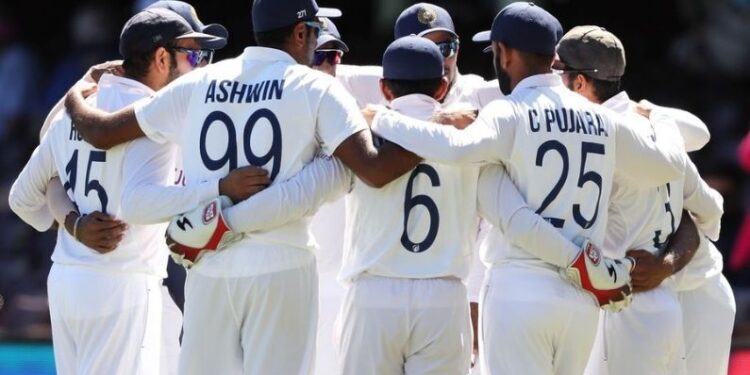 The Indian team is in England for the five-match Test series, where it is on leave for the past few days. Now all the players of the team will go to Durham, where practice will go on for the next few days.

Indian team has to play 5 match test series in England.

There are not many days left in the Test series between India and England (India vs England 2021). Team India, which has been in England for the last one and a half months, is now going to start its preparations for this important Test series. This series is very important for the Indian team, who lost to New Zealand in the recent ICC World Test Championship Final, as it will only start the second cycle of the Test Championship and the team will want to claim its claim again. For this, the team captained by Virat Kohli also needs practice and for this the Indian team is leaving for Durham on Thursday 15 July. Here the Indian team will play a practice match and its live broadcast can also be seen by all the fans.

Indian players were given leave only after the defeat in the Test Championship final. Indian players were on leave of 20 days since June 24 last month, which is over now. Now the Indian team has about 20 days to get used to the conditions in England and get enough time for the practice match. For this, Team India will camp in Durham for the next few days.

The match will be held at Durham Ground, as well as live streaming

A few days ago, the BCCI had requested the England Cricket Board to arrange a team for the practice match, following which the ECB arranged to organize a practice match with the County XI team in Durham from 20 July. This was officially confirmed by Durham Cricket on Wednesday.

Emirates Riverside will host a County Championship XI v India in a three-day behind closed doors warm up game starting on Tuesday.

This game will be available to watch via Durham Cricket youtube.#ForTheNorth #TeamIndia #IndiaCricket

The Indian team will play a three-day warm-up match against the County Championship XI at the Emirates Riverside Ground in Durham. However, spectators will not be allowed for this practice match. But Durham Cricket will broadcast all three days of the match live on its official YouTube channel.

Trying to win the series for the first time since 2007

A five-match Test series will be played between India and England from August 4, with which the WTC will begin. The first match of the series will be played at Trent Bridge in Nottingham from 4 August. The second match will be played at the historic Lord’s in London. The third match will be held at Headingley in Leeds, the fourth at The Oval in London and the last match will be held at Old Trafford, Manchester from 10 to 14 September. The Indian team has lost the Test series against England for 3 consecutive tours. For the first time since 2007, Team India will try to win the series in England.