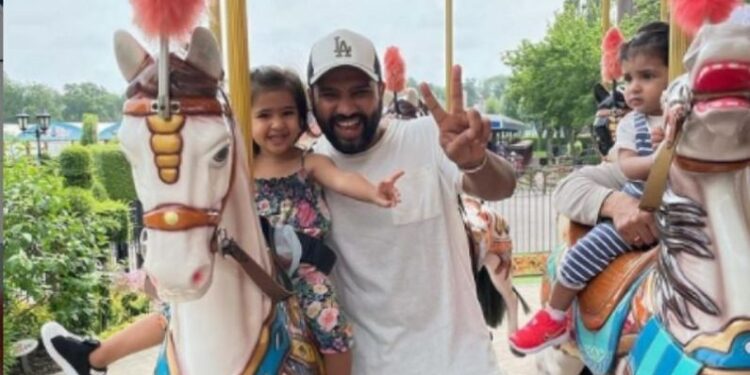 The Indian team, captained by Virat Kohli, is currently in England where they have to play a five-match Test series against the hosts next month, which is very important for them.

Rohit Sharma was spending time with his family in England

After the defeat in the final match of the World Test Championship against New Zealand, the Indian team is now going to play a Test series against England next month. The players were given a break after the final match. However, now the players of the team are slowly coming back in action. Team opener Rohit Sharma gave information about this on social media.

After the final of the World Test Championship (WTC), the Indian players had all the fun of the break. During this long break, Virat Kohli, Rohit Sharma, Mayank Agarwal, Ajinkya Ajinkya Rahane and Ishant Sharma were seen roaming around with their families. At the same time, many players also came to watch Wimbledon and Euro Cup 2020.

Team’s batsman Rohit Sharma is now back in action after the break. He gave information about this by sharing his pictures on social media. He wrote in the caption, ‘Come on brother, the holiday is over… now work starts.’ Captain Virat Kohli, Rohit Sharma, Ravindra Jadeja and Ishant Sharma were seen sweating on the field. The Board of Control for Cricket in India (BCCI) also posted a picture of the team’s practice session on Twitter.

Test series will be important for Rohit

Rohit has played 39 Test matches so far and has scored 2679 runs at an average of 46.19. He has scored seven centuries and 12 half-centuries. His strike rate in Tests is 57.9. His figures at home are excellent but he definitely needs improvement overseas. Team India will play a three-day warm-up match against County Championship XI. Practice matches will be held in Durham from 20 July