Ind vs Eng: R Ashwin returns from break, will prepare to defeat him by playing in England team 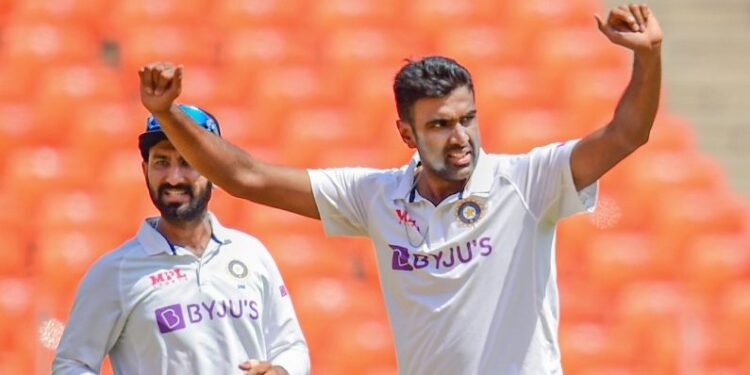 R Ashwin has played county cricket for Nottinghamshire in 2019. Although he played only 5 matches for the team, but during this time he impressed everyone.

Ashwin was the leading bowler with 71 wickets in the ICC World Test Championship held between 2019 and 2021. (Photo: BCCI/PTI)

After the defeat in the WTC final, the Indian team now wants to win the Test series against England by any means. In such a situation, the star bowler of the team R Ashwin has taken a big decision. Ashwin will prepare to defeat him while playing for England. Ashwin has decided to play county cricket. He was included in Surrey’s squad for Saturday’s County Championship match against Somerset, starting at The Oval on 11 July.

An official statement from the Surrey team said, ‘Ashwin will join the team for this match only. Shaun Abbott was expected to play for Surrey. But during the County Championship match against Gloucestershire, Abbott suffered a hamstring injury and because of this Ashwin has been given a chance in Surrey’s team.

“It’s my absolute privilege to play for Surrey”

A live stream of Surrey’s meeting with Somerset will be available at 11am BST on Sunday. pic.twitter.com/Oqf3kTZiwA

Ashwin has played for Nottinghamshire

Ashwin played county cricket for Nottinghamshire in 2019. Although he played only 5 matches for the team, but during this time he impressed everyone. He took 34 wickets at an average of 24.58. Apart from this, he was also the highest average run-scorer for his team. Ashwin scored 339 runs at an average of 37.66 and scored two half-centuries. Ashwin is currently considered one of the top spinners not only in India but in the world. The off-spinner has taken 413 wickets in 79 Test matches at an impressive average of 24.56. Ashwin is just five wickets away from leading the legendary spinner Harbhajan Singh by 417 wickets.

When the ‘don’ of cricket came on the film screen, he spoke like a bat, but due to his ‘action’, the film got rejected