IND vs ENG: BCCI will not take action even after Corona! Team India will have to complete Mission England without ‘him’ 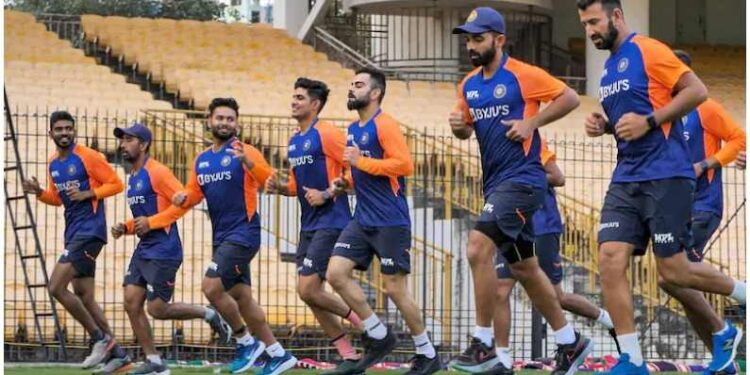 Despite Corona, BCCI is in no mood to send additional players to England.

Team India’s mission England is about to start. The efforts of preparations are going on in Durham. We will also test our strength when we play a practice match with the County XI team in a 3-day match from July 20. But in the meantime, Corona created a stir in the Indian camp by registering its presence. Two players are isolated due to Corona. Now the question is whether BCCI will take any action. Will send a player to England in place of those players. According to the Indian Express report, the answer will be no. BCCI has no such intention.

Team India will play a practice match in Durham, in which both its wicketkeepers will be absent. Meaning both Pant and Saha are currently in isolation. When the BCCI top officials were asked about sending the extra player to England, they said, “No. The board feels that Pant is asymptomatic and his quarantine period is about to end. In such a situation, there is no need to send any additional player there. It is clear that the players who are Team India will have to run the same work.

Trying to give better environment to players – ECB CEO

Keeping in mind the danger related to Corona, 20 players of Team India were selected for the tour of England. Apart from this, 4 players have gone to the reserve. Meanwhile, England and Wales Cricket Board CEO Tom Harrison said that their emphasis is on creating a protective environment and not just creating a bio bubble with strict restrictions. He said, “For the last 12 months, we are in a different environment. We are still learning how to live in these conditions. We try our best to give full security to the players. He said that the players are tired of the biobubble. This is affecting their mental health. We will try our best to give them a good environment.”