In the T20 World Cup, the role of these two big players will be important in the India-Pakistan match, Gautam Gambhir named 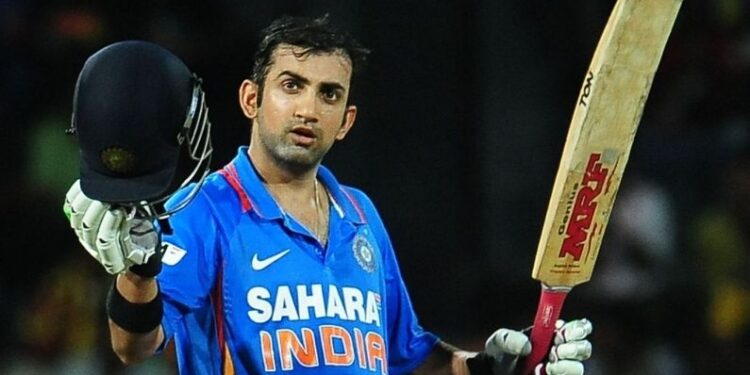 The ICC on Friday announced the draw for the T20 World Cup to be held between October-November and India-Pakistan have been placed in the same group.

If we talk about the most exciting and such rivalry in cricket, on which everyone’s eyes are, then the match between India and Pakistan will come at the top. These two teams have not played a bilateral series for a long time and are face to face only in ICC events, which everyone is eagerly waiting for. However, this wait of the fans is going to end now because the ICC has announced the draw for the T20 World Cup to be held between October-November this year, in which India and Pakistan were placed in the same group. is.

Both the teams last played the match in the 2019 World Cup and since then it has been almost two years that the two teams have not clashed with each other. This competition is a lot of pressure and many people have accepted this fact. It is not easy for young players to play in this match. In such a situation, former Indian team opener Gautam Gambhir has said that it will be the responsibility of the senior players to not let the youth get nervous before this match between India and Pakistan.

Big responsibility will be on Rohit-Virat

Gambhir said on the Star Sports show, “When I played my first match against Pakistan, I was very excited and nervous compared to those players who had played a lot of matches against Pakistan. So it is the responsibility of the senior players to keep the young players calm because emotions will not win you matches. It is a competition between bat and ball. So when India and Pakistan will compete, then senior players like Virat Kohli and Rohit Sharma will have a lot of responsibility.

The ICC on Friday declared the T20 World Cup draws in which India and Pakistan have been placed in the same group. Group A, however, is quite difficult, with West Indies, Australia, England and South Africa. Whereas India, Pakistan, New Zealand and Afghanistan are in Group B.

Sacrifice made for hockey, penance for years, now this veteran wants to return after winning medals from Tokyo Olympics