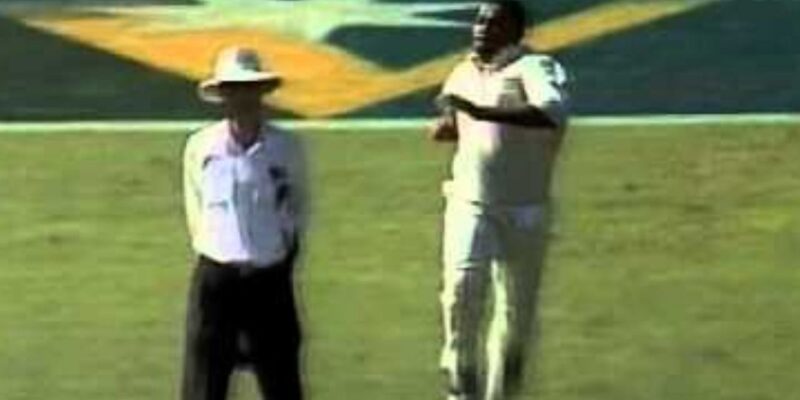 Patterson Thompson was a fast bowler for the West Indies.

In the first test of this bowler, his team registered a tremendous victory but this player could play only two test matches and could not progress even after a decent game.

Every player wants that when he steps into international cricket, his start should be amazing. But this does not happen with everyone, that is why for many players their first match becomes the last. Something similar happened with a player whose birthday is today. This player is counted among the least successful debut cricketers of Test cricket. The reason for this is that he has already bowled 22 no balls in the first Test. The name of this cricketer is Patterson Thompson. He has been a cricketer of West Indies. He was born on 26 September 1971 and played two Test matches for West Indies.

Patterson Thompson made his Test debut in 1996 against New Zealand in Barbados. In this, he came to bowl as the fourth bowler. Curtly Ambrose, Courtney Walsh and Ian Bishop bowled before him. Patterson bowled eight overs and took two wickets for 58 runs. He was the third successful bowler in terms of taking wickets. But his bowling was very undisciplined. He bowled a wide and 13 no balls in the first innings. The rest of the West Indies bowlers bowled four no balls together. However, New Zealand’s team was reduced to only 195 runs. Then West Indies scored 472 runs in their first innings.

Patterson bowled 22 no balls but easily won by West Indies

When the Windies team batted again, once again there was a lack of discipline in the balls of Patterson Thompson. This time he came to bowl as the first change and bowled 14 overs. This time also two wickets came in his account but 77 runs were spent. Patterson bowled nine no balls in the second innings. In this way, 22 no balls were in his name in the match. However, this time Ian Bishop bowled the most 11 no balls. Courtney Walsh four and Ambrose also crossed the line throwing the ball three times. New Zealand’s team went for 305 runs in the second innings and West Indies got a target of 29 runs to win. He achieved it without losing a wicket and won by 10 wickets. Opener Sherwin Campbell was the hero of the match. He scored 208 in the first innings and 29 not out in the first innings.

read this also: IPL 2021: Manish Pandey did a childish act in a live match, then started doing thhu-thu on the middle ground

Axis Bank started this special account, every shopping will have ‘income’, interest on cashback separately