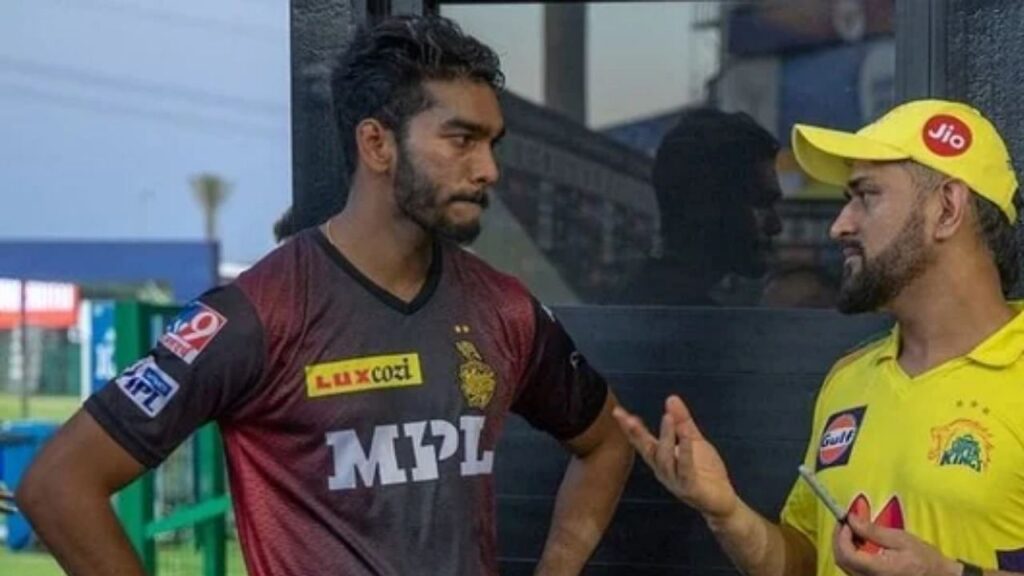 Venkatesh Iyer has impressed everyone with his performance in IPL-2021.

New stars have been given to India again in IPL-2021. Stars that will scatter their shine in the future. One of these is Venkatesh Iyer. Iyer played for Kolkata Knight Riders. In the first phase of IPL 2021, he did not get a chance, but in the second phase, he batted brilliantly and played an important role in taking Kolkata to the final. In the final, Chennai Super Kings, captained by Mahendra Singh Dhoni, defeated Kolkata. Meanwhile, Iyer did not miss the opportunity to meet Dhoni, but the words did not come out of Iyer’s mouth after going in front of Dhoni. Iyer himself has told this thing.

Iyer talked about this while talking to Insidesport. When Iyer was asked how he felt meeting Dhoni, he said, “I couldn’t talk to him. I was in his glare. I kept watching him and only noticed him on the field. He is the way he was told. It was a different feeling to see him in front of him. He is quite calm. From afar I can get an idea of ​​how calm he keeps himself, making strategies that change the course of the match.

Will stay with Team India in UAE

Iyer scored 370 runs in 10 matches in IPL 2021 and also took three wickets. Iyer also got a reward for this performance. He is in UAE and has joined them to help Team India in the T20 World Cup. When Iyer was asked about his association with Team India, he said, “I cannot describe this thing. I am very happy. I have been given this chance. I will contribute whatever I can to the best of my ability. I don’t know what the future will be. Whenever I can contribute in whatever way I can, I will give my full 100%.

Said this thing on comparison with Morgan

Iyer also performed brilliantly in the match in the final and scored 50 runs. Iyer hit five fours and three sixes in 32 balls. He along with Shubman Gill gave a good start to the team. The pair had added 91 runs for the first wicket. But as soon as the pair returned to the pavilion. The Kolkata team got on the back foot. Seeing the way Iyer has batted, he has been compared to Kolkata Knight Riders and England captain Eoin Morgan. When he was questioned in this matter, he said, “He is a great player, a champion. He is a world champion captain. He takes the whole team with him, I was excited to play with him.

BCCI wanted to make Ricky Ponting the coach of Team India before Rahul Dravid, but this legend refused

Before Shah Rukh Khan, these stars have also gone to Mecca for Umrah, see photos

The three-match ODI series between India and Bangladesh begins on Sunday, December 4, and…

FIFA World Cup 2022 Match Report: Despite this defeat, Ronaldo and his Portuguese team…