In England, 4 batsmen created chaos, worked with fours and sixes, made the team’s name shine by making a historic score 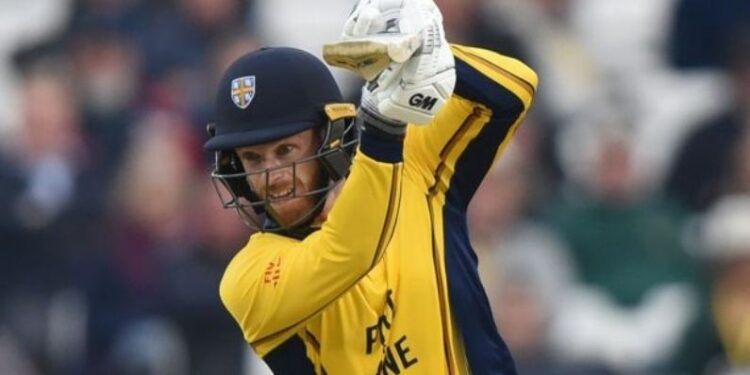 If the openers scored centuries for the team, then the middle order also spun fiercely and the team scored more than 130 runs in the last 13 overs.

England remains the most hotbed of cricket these days. More than one best match is being played in England. From the ICC World Test Championship final to international matches like England-Sri Lanka and England-Pakistan, which caught everyone’s attention. Now The Hundred tournament has also started here. Along with this, the Indian cricket team is also playing practice matches before the Test series. With all this happening, England’s domestic cricket is also going on and some great matches have been seen in it. After the County Championship and T20 Blast, now it is the turn of the Royal London One Day Cup, where the teams have started competing. In one such match, there was a tremendous rain of runs on Thursday 22 January.

In the match between Durham and host Kent at Kent County Ground, the batsmen of the visiting team looted a lot of runs. Whichever batsman came, runs were scored and the result was that Durham made a mountain-like score of 405 runs in 50 overs. This is the first time in the history of Durham County, when the team has scored more than 400 in an ODI match. The team’s attack was started by the openers, who spun the Kent bowlers in their home ground and laid the foundation for a big score by scoring a century.

Durham opener Graham Clarke and Alex Lees put on a tremendous partnership of 242 runs in 34 overs for the first wicket. In this partnership, Clarke’s bat ignited more fire and he scored 141 runs in just 119 balls with the help of 20 fours and 2 sixes. After his dismissal, Liege also completed his century by scoring 100 runs in 98 balls. Kent’s bowlers could not even cope with the blasts of these two that David Bedingham and Cameron Bancroft were broken in the last 13 overs.

The fiery batting of these two was even more dangerous than the openers and took the team to the score of 405. Bedingham scored 67 runs in just 38 balls, hitting 5 fours and 4 sixes, while Bancroft remained unbeaten on 60 off 37 balls. Durham scored more than 130 runs in the last 13 overs. Kent’s bowler Matt Quinn got a tremendous wash and he took a wicket after conceding 97 runs in 10 overs.

Also read: IND vs ENG: A tremendous double blow to Virat Kohli, Team India out of the second Test series in two days