If you want to play for India, then what to see the color of the ball? Big statement of ‘Colonel’ on ‘Youngistan’ mindset 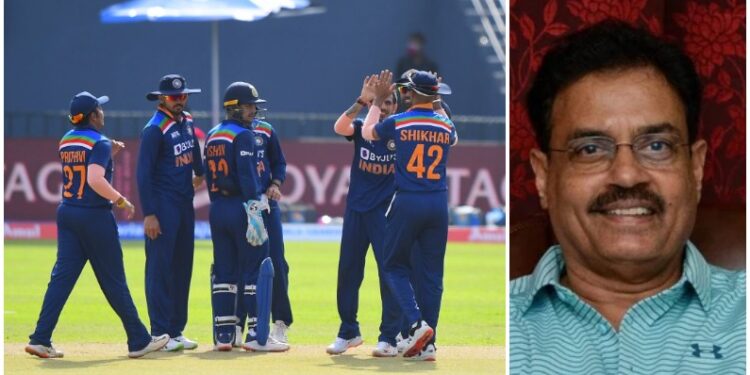 The young stars of Team India are wreaking havoc in white ball cricket in Sri Lanka these days. At the same time, some are desperate to dominate red ball cricket in England.

Dilip Vengsarkar said players should be ready for all three formats

The question is when it comes to playing for India. Be respectful of Hindustan. If it is a victory for the tricolor, then the young players should not see the color of the ball. It is believed that the ‘Colonel’ of Indian cricket i.e. Dilip Vengsarkar. He has said that players should just focus on their game and not on the color of the ball. They should be ready for every situation, every occasion. Even if that opportunity comes in any format of cricket.

The young stars of Team India are wreaking havoc in white ball cricket in Sri Lanka these days. At the same time, some are desperate to dominate red ball cricket in England. In the first ODI against Sri Lanka, India’s young players made a strong performance with the ball and bat and blew victory over the hosts. Ishan Kishan and Suryakumar Yadav’s quick innings in the match was excellent, due to which they are also fixing their claim for the T20 World Cup.

Sachin and Dhoni are the gift of Vengsarkar to Indian cricket

Former BCCI chairman Dilip Vengsarkar has also closely observed talent in Indian cricket. He had a big hand in the selection of Sachin Tendulkar in 1988. What happened after that is history. Vengsarkar was also instrumental in making MS Dhoni the captain in the year 2007. And even after his move, there is a long history. Now the colonel has also given good advice for the new youth team of India.

Players perform in every format

In a special conversation with Hindustan Times, the former India batsman said, “I want to see everyone perform. Cricket is a game of chance, which all youngsters should grab. Talented youngsters like Rituraj Gaikwad, Prithvi Shaw have got a place in the Sri Lanka tour team. There is a lot of competition in this team. Not only for the opening slot but for all other positions as well. It is always good to have options. So that the player who is in form can be fed.

What is red ball, white ball?

He further said, “I did not believe in the concept of red ball cricket and white ball cricket. Whoever is in front should play in that format. I don’t think someone who can be good in red ball cricket will play poorly in white ball. You can’t say that I am the best in only one format and I will play only that. All three formats are important in cricket. And, the player should be ready for all formats. “