If Virat Kohli listens then there will be a fight! Suresh Raina gave such a strong statement on captaincy 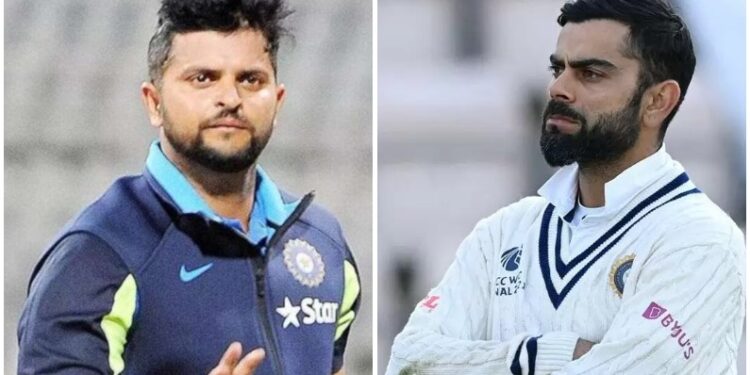 You talk about ICC title, they haven’t won IPL yet: Suresh Raina

Even if the figures test Virat Kohli on the scale of successful captain of India. He should have kept Dhoni and Ganguly in the line of success. But, if you ask Suresh Raina about Kohli’s captaincy, then the answer you will get may prick Kohli’s fan club. It may be taunting to hear Raina’s answer. But, the truth is that they are getting acquainted with the ground reality. They are telling that it will take time for Kohli to become Virat under the captaincy.

Virat Kohli took over the captaincy of India from MS Dhoni. He became the Test captain in December 2014 and then in 2017 he also got the captaincy of ODI and T20. Apart from this, Virat is also the captain of his IPL team Royal Challenger Bangalore. But, Virat, who has been captaining for so many years, has not won the IPL title till date. And, winning the ICC title is a far cry. Raina has commented on this only. However, he also said that reaching the final of the ICC tournament has also been a big achievement of Virat and Co.

‘I didn’t win IPL, you are talking about ICC title’

In a conversation with News24, when Suresh Raina was asked about the captaincy of Virat Kohli, he said, “He is the number one captain. Statistics also say that he has recorded big achievements as captain. He is also the number one batsman. But if you ask about the ICC trophy, I would say where has he won the IPL so far. But still I think he needs some more time, which he should give.

Chances are… 2-3 World Cups are in a row

Raina further said, “There are 2-3 World Cups to be played one after the other. There will be 2 T20 World Cups in these. And there will be a fifty-over World Cup. It is also not easy to reach the finals of such tournaments. Because sometimes you miss some things.” India was defeated by New Zealand in the final of the World Test Championship played in June. Indian batting failed miserably in this match. Kohli and Company lost this match by 8 wickets, after which the word starting with ‘C’ was in discussion for them on social media. Commenting on this, Raina said that such things are not required. Those who say this for the country’s team, they should also think that India has won 3 World Cups.

Also read: The Indian cricketer who batted from number one to eleven, then started working in State Bank of India