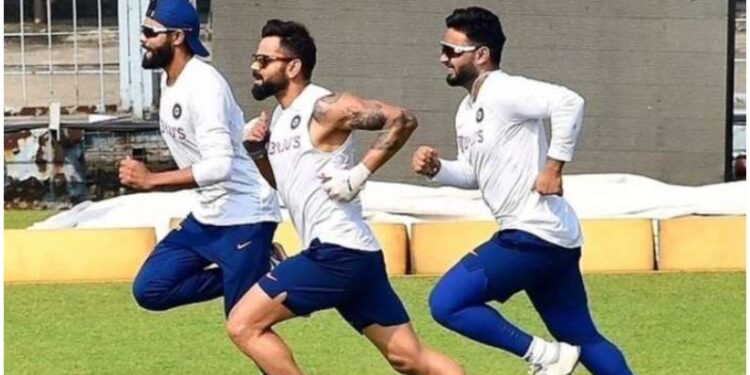 The Indian team has not played any Test match since March. Team India will play its first match after 3 months against New Zealand in the final of the Test Championship.

Virat Kohli is still the number one Indian batsman in the rankings.

The Indian cricket team is away from action in the cricket field for a few more days. Team India is currently in Southampton, England, where it has to face New Zealand in the ICC World Test Championship Final. Team India has not played Test cricket since March. Despite this, Indian players have not only retained their place in the ICC Test Rankings, but have also dominated. While Virat Kohli has firmly held his place in the Test rankings of batsmen, Rishabh Pant and Rohit Sharma have climbed up one place. At the same time, New Zealand opener Devon Conway, who made a bang debut against England, has also made a tremendous debut in the rankings.

Since the Test series against England that ended in March, Indian batsmen have occupied the fifth, sixth and seventh positions in the batsmen’s rankings. Virat Kohli is the top Indian batsman and is frozen at number five, while Rishabh Pant and Rohit Sharma are at number six with equal points. However, Pant is above them on the basis of decimal points. Both benefited from a one-rank drop by New Zealand batsman Henry Nicholls, who has now slipped to the eighth position.

The most spectacular entry in the latest ranking has been that of Devon Conway. Conway, who created history by scoring a total of 223 runs in the match including a double century while debuting at Lord’s Test, has entered the batting rankings directly at 77th place. New Zealand captain Kane Williamson is still in the first place. However, he will lose his rank due to poor form in the Lord’s Test against England and being ruled out of the second Test.

In the rankings for Test bowlers, Indian off-spinner R Ashwin is at the second position with 850 points, while Australian fast bowler Pat Cummins is at the top with 908 points. Ashwin is the only Indian in the top ten. New Zealand’s experienced fast bowler Tim Southee has benefited the most in bowling, who took 7 wickets in the Lord’s Test. He has now jumped three places to the third place.