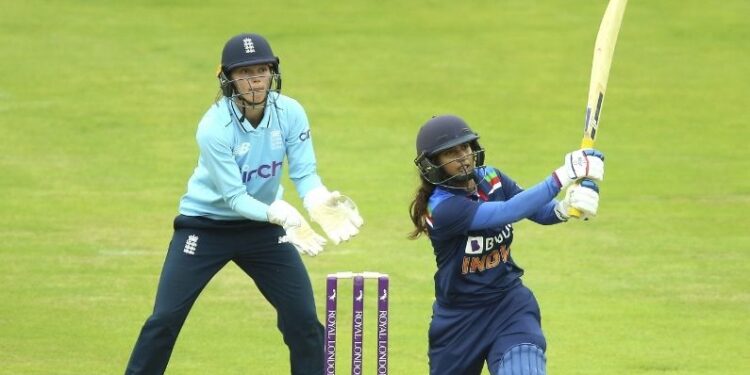 Mithali Raj came on top last week only. He scored three consecutive half-centuries during the three ODI series against England. They had benefited from this.

Mithali Raj is counted among the great batsmen of women’s cricket. (PTI Photo)

West Indies captain Stephanie Taylor became the number one female batsman in the latest ODI rankings of the International Cricket Council (ICC ODI Rankings), overtaking Indian captain and star batsman Mithali Raj. Mithali came on top only last week. He scored three consecutive half-centuries during the three ODI series against England. They had benefited from this. Now Taylor has 766 points while Mithali has 762 points. Stephanie Taylor has become number one in the ODI rankings for the first time since November 2014. Like Taylor, Mithali also came on top after a long time. She had earlier become the number one female batsman in September 2018.

Taylor’s stellar performance in the West Indies’ five-wicket win against Pakistan in the first ODI at the Coolidge Ground has propelled Taylor to the top of the rankings for all-rounders apart from batsmen. Taylor, who became the man of the match for 105 not out and taking three wickets for 29 runs, has gained in all three rankings. She removed Mithali from the top spot with a jump of four places in the batsmen’s list. In the bowlers’ list too, she has gained three places to reach 16th position. In the all-rounders’ list, Taylor has gained two places to top Australia’s Alice Perry.

Diandra Dottin, who played ODI cricket for two years, also entered the rankings. He is ranked 28th among batsmen and 47th among all-rounders. Off-spirit Anisa Mohammed has moved up two places to number 26. Among Pakistani players, Nida Dar has gained three places and has come to 29th.

India’s experienced Jhulan Goswami is fifth in the bowlers’ list while Deepti Sharma is fifth in the all-rounders’ list. In the T20 International rankings, England are ranked ninth in the list of net server batsmen, up two places. He scored 55 runs against India in the first T20. Indian all-rounder Deepti Sharma has gained two places to be at 37th position. In the bowlers’ list, Poonam Yadav has gained five places to be seventh and Shikha Pandey has gained eight places to be at 27th position. England’s Freya Davis is ranked 64th, up two places.

read this also: Indian cricket team will go through this ‘Test’ before the series against England, has started