ICC has issued nominations for the Player of the Month, the player who made his historic debut for Sri Lanka got a place 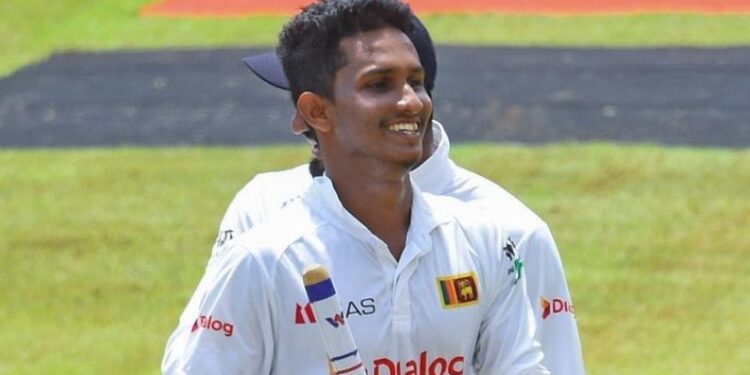 The ICC awards every month in the men’s and women’s categories to the player who has performed the best in that month.

Praveen Jayavikram nominated for ICC Player of the Month Award

The International Cricket Council on Tuesday announced the candidates for its best players to be given every month. The ICC has nominated three players for the best men’s player of the month. The apex body of the game has nominated Pakistan pacer Hasan Ali, Sri Lankan spinner Praveen Jayawickrama and Bangladesh wicketkeeper-batsman Mushfiqur Rahim for the award. In addition to Scotland’s Kathryn Bryce, the ICC has nominated Gaby Lewis and Leah Paul of Ireland for the best female player of the month.

Hasan picked up 14 wickets in the two Tests against Zimbabwe, while Praveen, making his Sri Lanka debut, took 11 wickets in a Test against Bangladesh at an average of 16.11. Praveen made his Test debut with the best performance by a Sri Lankan bowler in the match, helping the team register a win in the second Test. Mushfiqur played one Test and three ODIs against Sri Lanka. He scored 125 runs in the second ODI to help his team win the first ODI series against Sri Lanka.

Such was the performance of female players

In the women’s category, Catherine became the first Scottish male or female player to break into the top 10 in the recently released rankings. Apart from scoring 96 runs in four T20 Internationals against Ireland, he took five wickets and during this time his economy rate was 4.76 runs per over. Gabby also scored 116 runs in four T20 Internationals against Scotland. During this his average was 29.00 and strike rate was 116.00. She was the most successful batsman of the series. He scored 47 runs in the second match and 49 runs in the fourth match. Leigh was the most successful bowler in the series between Ireland and Scotland, taking nine wickets.

The ICC Women’s Player of the Month nominees for May 👀