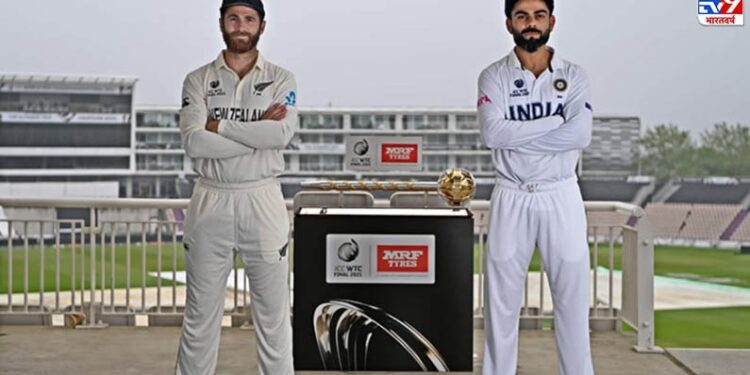 The ICC World Test Championship-2 will begin with the India-England Test series from August 4 and will be played till March 2023.

The final match of the first round of WTC was played between India and New Zealand.

The ICC World Test Championship Final, which ended about 3 weeks ago in Southampton, gave Test cricket its first champion. New Zealand defeated India to win the title of best team in Test cricket. Now the battle for this championship is going to start again. The International Cricket Council (ICC) has officially announced the second round of the Test Championship, 2021 to 2023. This championship will start with the Test series between India and England to be held in August and its last series will be played in March 2023, after which the champion will be decided in the final match. Like last time, this time also all 9 teams will play 6-6 test series, but this time the method of points will be completely different.

The bilateral series and points system of all the teams for this championship was released by the ICC on Wednesday, 14 July. In a press release, the ICC told about this, under which each team will play 3 series at home and 3 series on foreign soil, just like last time. But the distribution of points will not be like last time, but there will be equal points for every test match.

Will be decided by percentage points

However, the places of teams in the points table will not be based on points won, as some teams will play more Tests than others. In such a situation, the ICC has implemented the points percentage system from the beginning this time. The ICC started it last year after the cancellation of some series due to coronavirus. This time it is being implemented from the very beginning. On the basis of this, scoring the full 12 points will get 100 percent points, while in the event of a tie, 50 percent points and for a drawn match both the teams will get 33.33 percent points. In such a situation, whether a team plays more or less matches, plays against a weaker team or against a stronger team, the points will be equal to everyone.

The ICC has also made it clear that during the Test Championship, teams will have to lose points due to slow over-rate. The team guilty of slow over rate will be fined 1 point per over. The ICC has not yet announced the date and venue regarding the final match.

India will clash with these teams

The Indian team will play home Test series against Sri Lanka, New Zealand and Australia during this period. At the same time, he will have to tour England, South Africa and Bangladesh for the overseas series. The second cycle of the WTC, which ends in June 2023 (Final), consists of only two series of five Test matches. These include the India-England series apart from the Ashes between Australia and England this year. Four Test matches will be played in Australia’s tour of India next year. This will be the only series of four matches in the new cycle.

Also read: IND vs SL: Hardik Pandya’s coach is upset with Team India on this matter, said – he should have got a chance