‘I am number one, Kohli is after me’ – a Pakistani with only 7 matches said a strange thing 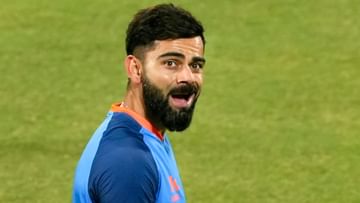 Opener Khurram Manzoor, who played only 26 international matches for Pakistan, said that he scored a century in fewer innings than Kohli.

Virat Kohli, the former captain and star batsman of the Indian cricket team, whenever he scores runs or whenever he fails, it is obviously discussed in India. But not only in India, but in Pakistan also there are talks about this. From fans of Pakistan to former cricketers and sports journalists start comparing Babar Azam or any other cricketer with Kohli on some pretext or the other. All these things are still common and natural but a Pakistani cricketer has crossed the limits of bigotry and has declared himself better than Kohli.

The Pakistani player making these claims is Khurram Manzoor, who made his ODI debut for Pakistan in 2008. This 36-year-old Pakistani batsman surprised everyone by calling himself a better batsman than Kohli in a recent conversation. Not only Kohli, but Khurram Manzoor, describing himself as the world’s number one batsman in ODI cricket, said that Kohli is second only to him.

Actually, Khurram Manzoor said these things in a podcast of Pakistan’s show host Nadir Ali, where he was talking about being dropped from the Pakistani team and getting less opportunities. During this, Khurram’s bigotry came to the fore while talking about his List A (ODI) record. Khurram said, I am not comparing myself with Kohli. But this is because I am number one among all the top-10 players in 50-over cricket. Then there is Virat Kohli, who scores a century in every 6th innings in 50-over cricket. This is a record. I hit a century after 5.68 innings and am world number five with an average of over 53 in List A cricket.

Now Khurram Manzoor is making this claim, so it is also important to know about his record. This right-handed opener has played 16 Tests and 7 ODIs for Pakistan, while he has also got a chance in 3 T20s. In this, he has scored a total of 1064 runs, in which there is only 1 century. That too in test. If we talk about List A i.e. domestic and international ODIs, he has scored 7922 runs in 165 innings at an average of 53 and 27 centuries.

Now his figures are so strong only because of domestic cricket, while Virat Kohli has scored 46 centuries in international cricket only. However, this anger of Khurram Manzoor has actually come out due to not being given a chance in the Pakistani team. Referring to this, he says, I have 24 centuries in the last 48 innings. From 2015 to 2023, I am the highest run-scorer in the number of openers I have played for Pakistan. I am the highest run-scorer opener in National T20. Most centuries are mine. Still being ignored. I have 8-9 records.