Horses participating in Olympics are special, everyone has a passport, they travel miles in a special flight 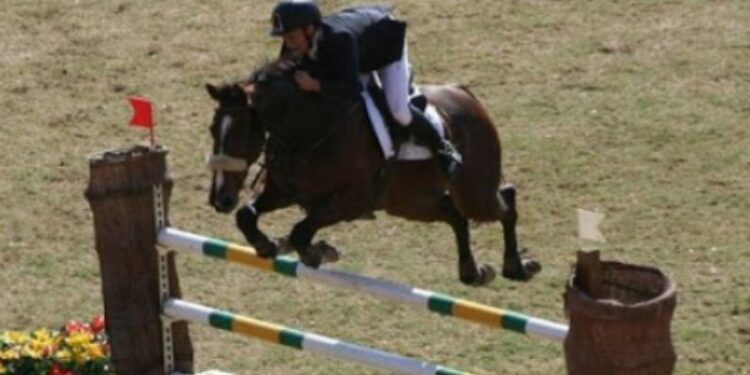 Along with the player, his horse is also very important in the sport of equestrian. To achieve victory, coordination between the two is necessary. In such a situation, players take their horse with them everywhere in the games.

For every athlete in horse riding, his horse is important (symbolic photo)

Horse riding is a very exciting sport. The more important the player is in this game, the more important is his horse. How much synergy between the two decides who will be the winner. In such a situation, his horse is very important for every player. Players easily travel to the Olympics, but it is not so easy for these horses. They are taken from one place to another with full rules and regulations.

Every horse has a passport

Like humans, horses participating in the Olympics and other major sports have their own identity. They have to prove this identity at the airport. They also have their own passport and can travel only after getting a boarding pass. Like the players, the passports and all the documents of the horses are checked before boarding. For this, they have to reach there hours before the flight time. First of all, the qualified doctors of animals do the checkup of the horses. Then he is taken to the boarding gate and from there he goes on the flight. The horses are first kept in their stalls (small boxes where the horses live). Once they fit properly in it, then that stall is mounted on the plane.

Special care is taken in flight

Horses do not travel on a normal flight. Some special flights are designed for them which are present in few airlines. These flights are designed to take animals along on long journeys. Emirates airline has a similar flight made for horses called Sky Cargo Boeing 777 freight plane. It has the capacity to lift more weight than a normal flight. In this, many stalls are made in which water and food can be given to the horses comfortably. Pilots also have to take care of landing and take-off so that the horse is not disturbed by sudden jerks. Horses are given dry grass in flight. At the same time water is given continuously so that there is no shortage of water in their body. Flight temperature is also continuously checked. There are special doctors in flight as well as care takers who take care of the horses. The temperature of the cabin is also kept according to the horses.

India will send a 228-member team including 119 players to Tokyo Olympics 2020, players will participate in 85 events