Horrible accident in Pakistan Super League, the ball hit the player’s mouth, got seven stitches, had to undergo surgery 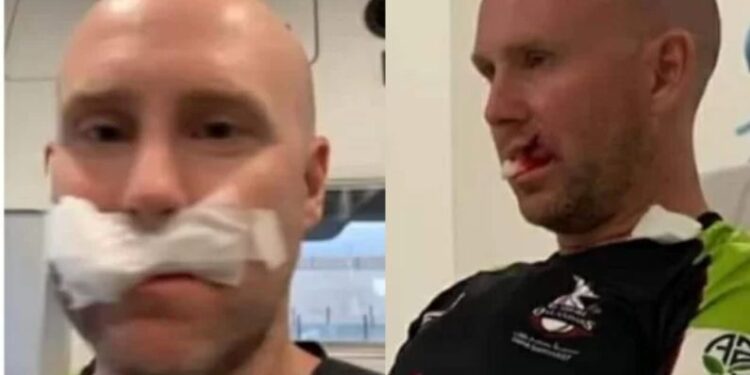 Ben Dunk has played five T20 matches for Australia. In this, he scored 99 runs.

Australian wicket-keeper batsman Ben Dunk has been badly injured. The ball hit his face during practice before the Pakistan Super League. Due to this, seven stitches have come on the lips of Ben Dunk. He is part of the Lahore Qalandars team in the PSL. He suffered an injury during catch-taking practice in Abu Dhabi. After this he will not be able to play cricket for some time. The 34-year-old has also had to undergo surgery to realign the lips after the injury. PSL is to start from 9th June. In such a situation, the injury of Ben Dunk is a big blow for Lahore Qalandars. Right now this team is at number three in the points table after winning three out of four matches. The PSL was started in March itself. But the tournament had to be stopped due to Corona’s case. Now the rest of it is being made in UAE.

Qalandars CEO Samin Rana, while reporting on Ben Dunk’s injury, said he is recovering and it should be expected that he will be fully fit and available to play before the match against Islamabad United on June 9. Ben Dunk was instrumental in the good game of Qalandars’ team this season. He scored 80 runs in the first half at an average of 40. During this, Dunk also played an innings of 57 not out against Karachi Kings.

Earlier in the season, the condition of Lahore Qalandars was thin. But this time the team’s game has been better. The team has Pakistani players like Shaheen Afridi, Fakhar Zaman, Mohammad Hafeez and Haris Rauf as well as foreign stars like Rashid Khan, David Weisz and Samit Patel.

who is ben dunk

Ben Dunk has played five T20 matches for Australia. In this, he scored 99 runs. He made his debut for Australia for the first time in November 2014. Then in February 2017 he played in international cricket for the last time. Left-handed batsman Dunk has played 157 T20 matches so far. In this, he has scored 3374 runs at an average of 24.99. 99 not out has been his highest score. He has 18 half-centuries to his name in this format.

read this also: WTC Final: Dhoni’s trusted player will be in big trouble for Virat Kohli, there should be no stampede on the pitch!