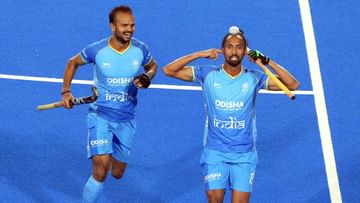 The Indian team is going to play its last group match against Wales in the Hockey World Cup. Hardik will not be a part of this match

Hardik Singh is the star midfielder of Team India.

India’s campaign in the Hockey World Cup 2023 had just started that it got a big shock. The team’s midfielder in the group round match against England Hardik Singh Got injured. When Hardik was going out of the ground limping, then the facial expressions of the coach of the team, Graham Reid, were telling that how much trouble is there for India. India has to play its last group match against Wales and the news of relief is that Hardik’s injury is not too serious.

Hardik played an important role in the match against Spain. He also scored a goal for the team. At the same time, against England also, he showed a wonderful game in the midfield and stunned the opponent a lot. However, he got injured in the last quarter. It was said that he suffered a hamstring injury, after which questions arose whether Hardik would be able to make a comeback in the World Cup.

Talking to News9, Hardik himself gave an update on his injury and said that he is not out of the World Cup. He said, “I am fine. It was only a mild strain. We got the checkup done on time. Nothing happened in hamstringing. I might not play the match against Wales on Thursday. I am doing strength-building exercises. I will return after the match against Wales. Absence of Hardik could have created a difficult situation for India. Apart from doing wonders on Hardik midfield, he also plays well as a striker. He has also played a role in defence. In such a situation, it is a great news for India that his injury is not serious.

The match against Wales is important for India

Both India and England have 4-4 points, but due to better goal difference, England team is on top. Now the Indian team will play its last group match against Wales. At the same time, England will be in front of Spain in their last match. Whichever team will be on top after all the matches of the group round will directly qualify for the quarterfinals. At the same time, the second and third placed team will have to play crossover matches. ,