Hit 20 sixes at the age of 20, won two World Cups, clashed with Harbhajan Singh, caused a ruckus, then alcohol addiction took over his career. 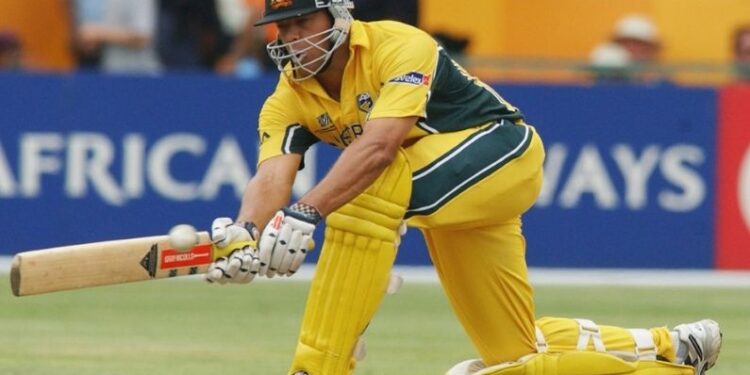 Every team in the world would like to have a player like this cricketer, but where is it in everyone’s luck?

Today is the birth of such a cricketer who was known for playing cricket in a dashing style as well as engaging with opponents on the field. When he was on the cricket field, he would throw everything. Batting, bowling and fielding all showed hard work. The same hard work is also seen in sledding on the opposing players. But his career was badly affected due to alcoholism. This cricketer is none other than Andrew Symonds. He scored 1462 runs in 26 Tests for Australia at an average of 40.61. At the same time, 5088 runs came in his name in 198 ODIs at an average of 39.75. Similarly, in 14 T20 matches, he scored 337 runs at an average of 48.14. He had his mark in bowling too. He took 24 Tests, 133 ODIs and eight T20 wickets.

Andrew Symonds was born on 9 June 1975 in Birmingham, England. He was a resident of Australia, but from childhood to his youth, many years were spent in England. It was here that he started playing cricket. While playing for Gloucestershire in England at the age of 20, he hit 16 sixes in a match against Glamorgan. Then hit four more sixes in the second innings. This is the world record for most sixes in first class cricket. In 1995, at the age of 20, he became a part of the England A team for the tour of Pakistan. However, he did not go on the tour and said that he would play for Australia only. He realized that his home is Australia. So he left England.

In ODI career, the 2003 World Cup was a career shining event for him. Before this tournament, he had a side injury but during half the tournament he got fit and joined the team. He played an innings of 143 not out in 125 balls against Pakistan. After this innings, his ODI career also went upwards. Before this match, he had scored 762 runs at an average of 23. But after that his average scoring average became 43. He was part of the Australian team that won the World Cup in 2003 and 2007.

Andrew Symonds made his Test debut for Australia in 2004. However, initially there was no success and after two tests he was out of the team. But after two years there was a chance again. During this, his Test career took a turn from the Ashes series. He scored his first century in the Ashes series. The 2007-08 season was the best for him in Tests. He scored 777 runs in nine Tests against Sri Lanka, India and West Indies. During this, the innings of 162 runs against India in Sydney was the biggest. During this, there was a dispute about Monkey Gate with Harbhajan Singh.

Andrew Symonds alleged that India’s Harbhajan Singh made racist remarks during the Sydney Test in 2008. His allegation was that Bhajji called him a monkey during an altercation on the field. The Indian spinner categorically denied this. When the matter escalated, Harbhajan was initially banned. But during the hearing in front of the judge, he told in his clarification that he did not say monkey but Mainu. There was a misunderstanding due to this Punjabi word. Due to this matter, there was also a tussle between the cricket board of India and Australia. Later Harbhajan got a clean chit and the tour was completed.

Being in controversies did not have any bad effect on Andrew Symonds’s cricketing credentials. In the year 2008, he was one of the most expensive foreign players in the IPL. He had a bet of $1.35 million. He played for Deccan Chargers. Here he played till 2012. During this, he also became a part of the Deccan Chargers team that won the IPL in 2009. He left international cricket in 2009 and all forms of cricket in 2012.

Andrew Symonds’s parents were of Caribbean and Denis or Swedish descent. But later a couple named Ken and Barbara from Australia adopted Symonds. He appeared in Indian films and shows. Under this, Symonds worked in Bigg Boss Season 5, Patiala House.