History will be created in Tokyo Olympics, India will go with two flag bearers for the first time in the grand tournament of sports! 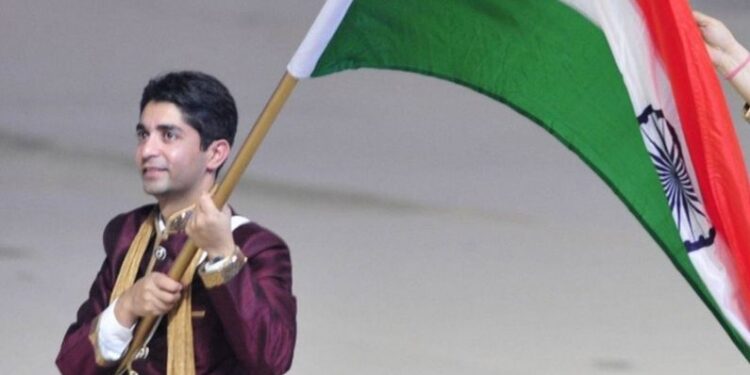 The opening ceremony of the Tokyo Games will take place on 23 July and more than 100 players from India will challenge for a medal in both of them postponed by a year due to the COVID-19 epidemic.

Abhinav Bindra was the flag bearer of India at the 2016 Rio Olympics.

Indian Olympic Association President Narinder Batra said on Tuesday that to ensure ‘gender equality’, India may go for the first time with two flag bearers in the upcoming Tokyo Olympics, one male and one female. . Batra said that their names would be disclosed soon. Batra told PTI, ‘It has not been decided yet. The matter is still at the consultation stage but it is likely that this year there will be two flag bearers for gender equality – one man and one woman. Britain has already announced that it will enter the Olympics with two flag bearers.

The country’s lone individual Olympic gold medalist Abhinav Bindra was the flag bearer at the 2016 Rio Olympics opening ceremony. The opening ceremony of the Tokyo Games will take place on 23 July and more than 100 players from India will challenge for a medal in both of them postponed by a year due to the COVID-19 epidemic. The International Olympic Committee (IOC) at its executive board meeting last year made a provision for flag bearers of both genders during the opening ceremony.

IOC chief Thomas Bach said, “The IOC Executive Board has decided that all 206 teams participating in the Olympic Games for the first time and the IOC Refugee Olympic Team shall have at least one male and one female player.” In addition, it has changed its rules so that national Olympic committees can nominate a male and female player to jointly be their flag bearer during the opening ceremony. We will encourage all the National Olympic Committee to use this option.

Earlier, the Indian Olympic Association has decided that Chinese company Li-Ning will not be its official kit sponsor in the Olympic Games and the players of the country will wear unbranded kits in the Games. The IOA issued a statement on Tuesday giving information about this and told that they have taken this decision keeping in mind the sentiments of the people of the country. Actually, the Indian team’s kit sponsor was Chinese company Li-Ning and when the team’s kit was launched last week, there was a controversy on social media about it. There are reports that after this the Sports Ministry had asked the IOA not to sponsor a Chinese company for the Games.

read this also: The name of the Chinese company will not be on the kit of Indian players in the Tokyo Olympics, IOA took this decision for this reason