Harmanpreet Kaur hit an unbeaten 171 off 115 balls with a broken finger, grounded Australia in the semi-finals 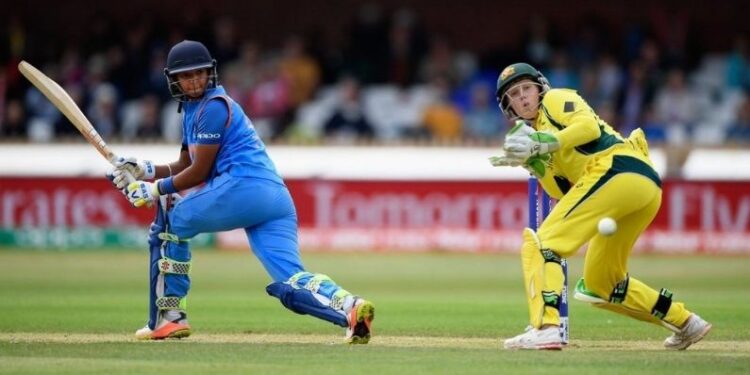 Such exploits are often seen in men’s cricket, but it was an unusual incident in women’s cricket. Especially when it was the stage of the Women’s ODI World Cup. Especially when it was the semi-final match of the World Cup. And especially when this match was being played against a strong Australian team. This match between India and Australia was played on this day i.e. July 20. In this match, Harmanpreet Kaur played an unbeaten innings of 171 runs in 115 balls, coming down to bat at number four. In this he hit 20 fours and 7 sixes. Due to this historic performance, he got the Indian team a place in the World Cup title match for the second time.

This was the second semi-final match of the Women’s ODI World Cup played on 20 July 2017 at the Derby ground. In this, Indian team captain Mithali Raj won the toss and elected to bat first. India scored 281 runs for four wickets. This match was reduced to 42 overs due to rain. Team India’s two wickets had fallen for 35 runs. Then Harmanpreet Kaur stepped on the crease. His finger was dislocated and there was also a muscle strain. Despite this, he exploded as soon as he arrived. He made the first half-century off 64 balls. After this, the next fifty runs were completed in 26 balls and then the journey up to 150 runs was completed in just 17 balls. In this way, Harmanpreet played an unbeaten and sensational innings of 171 runs in 115 balls. It included 20 fours and seven sixes. Mithali Raj scored 36 runs.

In reply, the Australian team could only score 245 runs in 40.1 overs. Alex Blackville scored 90 runs in 56 balls for the team. He hit 10 fours and 3 sixes. Elise Villani scored 75 runs in 58 balls with the help of 13 fours. Apart from him, Ellyse Perry scored 38 runs. Only five players could reach double digits from Australia. For the Indian team, Deepti Sharma took 3 wickets, while Jhulan Goswami and Shikha Pandey made the way for Team India’s victory easier by showing two England batsmen to the pavilion. In this way India won this match by 36 runs.