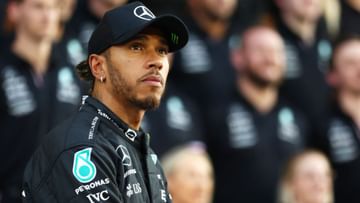 Keeping his heart in front of the world, Lewis Hamilton told that in his childhood he had to suffer a lot due to apartheid. they didn’t have a good school experience

Lewis Hamilton is the only black driver in F1 circles

Lewis Hamilton is currently the biggest name in F1. Whether it is in terms of title or in terms of earning, at the moment no one hamilton around is not visible. This 38-year-old player is currently running a single umbrella in this game. The journey for Hamilton to reach here has not been easy. A child who at the age of six had to be thrashed and abused due to apartheid, has now carved a niche for himself where everyone can only feel jealous of his success.

In a recent podcast, Lewis Hamilton talked about his school experiences. He told in this podcast that he always lived in the shadow of fear during his school days. He had to suffer a lot at a young age because of the color of his skin. For him, school days were not memorable but scary which he does not want to remember again.

Born in the city of Stevenage, England, Hamilton told the Purpose podcast, ‘I had to endure a lot at the age of six. I think he got a lot wrong with me at that time and in that school. We were just three black kids and the bigger and stronger kids used to harass us. He further said, ‘We had to face continuous abuses. They used to throw bananas at us. Used to call us with the n-word (abuse used for black people). From his words, we used to feel where we fit in.

At the age of six, it was very difficult for Hamilton to understand all this. He used to read only about white people in history class, seeing which he used to think where are those people who look like me. 1200 children used to study in the school, out of which only five or six children were black. We were called to the headmaster’s office all the time. The kids didn’t even let us play together. No matter how hard I tried, I could not mix with them.

proved himself as a champion

Hamilton never told his family members about this. They feel that if they do this, the family members will consider them weak. He often cried alone. He didn’t get rid of these feelings until he started racing. He took these feelings of his in racing and became the champion. Hamilton has won the most 103 Grand Prix. He is on par with Michael Schumacher in terms of winning the most titles.