Had to go to jail, still did not give up, after controversy, now Olympics is ‘target’ 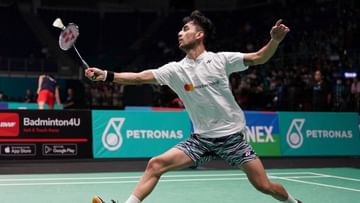 Indian badminton player Lakshya Sen was accused of forgery in his age some time back. Although now he is completely focused on the new Paris Olympics

Last year was very good for Lakshya Sen. He made it to the finals of All England. Defeated world champion players. Team India won the Thomas Cup and became Commonwealth champion himself. However, a news destroyed all his hard work. Lakshya Sen But was accused of forgery regarding age. Star Sen of India did not pay attention to all these things and now his full attention is on Paris Olympics.

An FIR was lodged against Lakshya Sen, his family and coach Vimal Kumar. It was claimed in the FIR that Lakshya Sen had hidden his true age so that he could play in different age groups. It came to the point of Sen going to jail. Although Sen has now gone ahead of it. He is now just concentrating on playing the Olympics.

Star Indian badminton player Lakshya Sen has worked on his speed and variation to prepare himself for the new season in which he will be eyeing titles on the Asian and European circuits to seal a berth for the Paris Olympics as soon as possible. Sen said in an interview to PTI, this is the right time for me. If I can maintain this ranking and keep improving, then I have a good chance of qualifying. Unfortunately last time I came close to qualify but due to Kovid-19 some tournaments were not organized but that too was a learning experience.

Impact on fitness after nose surgery

He said, I have mainly focused on my fitness. My fitness dropped after my nose surgery but I found time to come back during my free time. I worked on my speed, agility and variations from the backcourt. I am constantly working on my defense as well. Sen said, playing big tournaments gave me a lot of confidence. I have had the experience of playing in the top circuit. So now I will try to remain free from injuries and play well in the tournament.