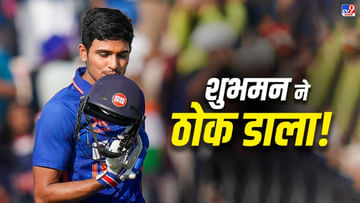 Shubman Gill did wonders in Hyderabad. This right-handed opener hit a brilliant double century against New Zealand. Gill did this feat in just 145 balls. This 23-year-old player accomplished this special feat on the basis of 8 sixes, 19 fours. Shubman Gill He is the fifth Indian player to score a double century in ODIs. Rohit Sharma has scored three double centuries for India. First this feat was done by Sachin Tendulkar. After this, Sehwag and Ishan Kishan have also scored double centuries.

Shubman Gill got out after scoring 208 runs and on the basis of his innings, India scored a huge score of 349 runs in 50 overs.

Shubman Gill made a record

How did Shubman Gill score a double century?

Shubman Gill played an inning of 208 runs in 149 balls. In his explosive innings, Gill hit 19 fours and 9 sixes and his strike rate was around 140. The pattern of Gill’s double century was tremendous.

A SIX to bring up his Double Hundred 🫡🫡

New Zealand was beaten like this for the first time!

Shubman Gill is the first batsman to score a double century against New Zealand. Earlier, Sachin Tendulkar had played an innings of 186 runs in the year 1999 and now Gill has gone ahead of him.