From Virat’s daughter Vamika to Rohit’s daughter Samaira, these children are having grand fun in England with cricketer father 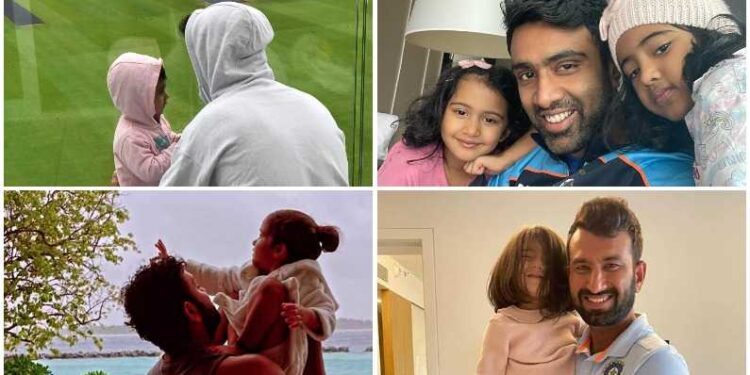 By reaching England the most busy are those players who have become fathers. They have to devote time to their training. At the same time, you have to take out the same amount of time for your sons and daughters.

Team India is on tour of England. Indian players have arrived with their families on this tour. Whether it is Virat Kohli, Rohit Sharma, Ajinkya Rahane, Ashwin, Cheteshwar Pujara or the rest. By reaching England the most busy are those players who have become fathers. They have to devote time to their training. At the same time, you have to take out the same amount of time for your sons and daughters. Let’s take a look at one such cricketer papa who was seen having grand fun with his kids in England. (Photo: Instagram)

Indian Test team vice-captain Ajinkya Rahane has shared a photo on Instagram with his daughter Arya, in which he is playing with her while sitting on the balcony of the Hilton Hotel. Rahane and his wife Radhika’s daughter was born in November 2019. (Photo : Ajinkya Rahane Instagram)

The life of Indian spin R. Ashwin has two daughters. And, he was seen having fun and playing with both of them in a hotel room in England. (Photo : Ashwin Instagram)

Cheteshwar Pujara was also seen spending time playing with his daughter. The father-daughter duo were seen playing sitting in the Hilton hotel room, whose picture was posted by Pujara in his Instagram story. (Photo : Cheteshwar Pujara Instagram)

Indian captain Virat Kohli has also reached England with his daughter Vamika and wife Anushka Sharma. This is Vamika’s first overseas tour. Due to the birth of Vamika in December last year, Virat Kohli had to leave Australia in the middle of the tour and come to India. (Photo : Yogen Shah Instagram)

Rohit Sharma has also reached his full family in England. That is, apart from his wife Ritika Sajdeh, his daughter Adara has also gone with him. Both of these are Hitman’s support systems. Ritika and Samaira have been seen supporting Rohit in the past during cricket matches. And, now she will be seen cheering in England too. (Photo : Rohit Sharma Instagram)