French Open: The most high voltage match of the tournament will be played in the semi-finals, Rafael Nadal will face Djokovic 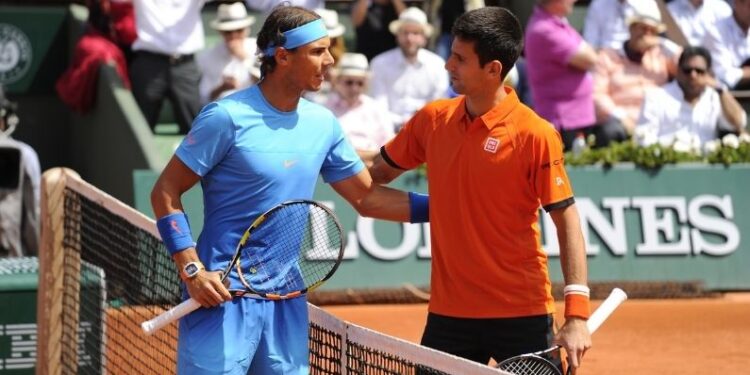 Novak Djokovic and Rafael Nadal are among tennis legends

After the quarterfinal matches held at the French Open on Wednesday, the highest voltage match of the tournament has finally been decided. On Friday, in the men’s singles category, fans have to play an exciting match between the number one player Novak Djokovic and Rafael Nadal, who is called the King of Clay Court. Roger Federer, the third star of the Big Three, has already withdrawn from the tournament, so the fans were eagerly waiting for this match.

Djokovic, after going through some rough conditions, defeated ninth seed Matteo Berrettini 6-3, 6-2, 6-7 (5), 7-5 in this match. Due to the COVID curfew, there was no spectator in the stadium to watch this exciting match. Rafael Nadal lost the first set at this year’s French Open but managed to reach the semi-finals for a record 14th time. 13-time French Open champion Nadal defeated 10th seed Diego Schwartzman of Argentina 6-3, 4-6, 6-4, 6-0. Nadal was trailing 4.3 in the third set but won nine games in a row to win the match.

Djokovic ready for a great match

The two players last faced off in the final of the French Open in which Nadal won his 20 Grand Slam titles with 6-0, 6-2 and 7-5. So far 57 matches have been played between the two in which Djokovic has won 29 matches, while Nadal has 28 matches to his name. At the same time, both will face each other for the eighth time in the French Open. King Rafael Nadal has proved his kingship here. Nadal has lost only one match against Novak Djokovic in the French Open till date. Djokovic defeated Nadal in the semi-finals of the French Open five years ago.

Bad happened with this team in front of Dhoni’s partner, rain of runs in 6 overs, still did not win, match tied