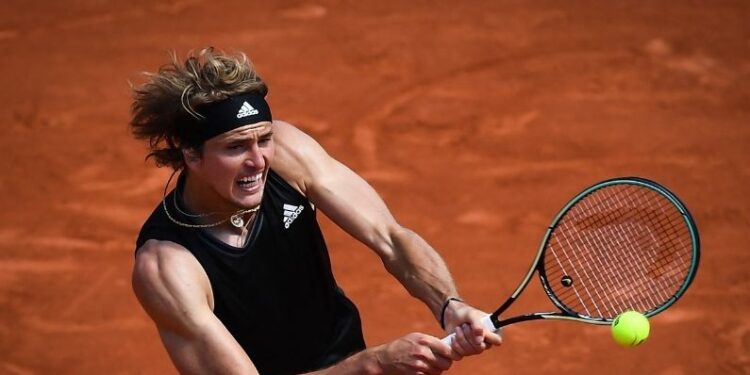 Two of the best young players in the world, Alexander Zverev and Stefanos Tsitsipas, continued their stellar form and made it to the third round.

Two young tennis players – Alexander Zverev of Germany and Stefanos Tsitsipas of Greece – continued their excellent game in the second Grand Slam French Open of the year and made it to the third round. World number six Zverev defeated Russia’s Roman Safiullin in straight sets 7-6 (7-4) 6-3 7-6 (7-1) to enter the third round. In the third round, Zverev will face Serbia’s Laslo Djere, who defeated his own country’s Miomir Kekmanovic 4-6, 4-6, 6-3, 6-2, 6-3 in the third round.

At the same time, Tsitsipas also did not have any problem in winning his match. He advanced to the third round by beating Spain’s Pedro Martínez in straight sets. Tsitsipas won the match 6-3, 6-4, 6-3. In the next round, he will face John Isner of America, who defeated Filip Krajinovi of Serbia 7-8 (8-6), 6-1, 7-6 (7-5) to reach the third round.

However, Kei Nishikori of Japan had to struggle to win his match. He faced Karne Khachanov of Russia in the second round match. The Japanese player worked hard and entered the third round to win the match 4-6, 6-2, 2-6, 6-4, 6-4. In the third round, he will face Swiss young player Henri Laksonen. The BBC quoted Nishikori as saying, “Trust me, I don’t like playing five-set matches.”

At the same time, Roberto Bautista Agut of Spain has had to suffer a reversal. Switzerland’s young player Laksonen has defeated him. The young player won this match 6-3 2-6 6-3 6-2.

In the women’s singles category, Russia’s Daria Kasatkina advanced to the third round by defeating 10th seed Belinda Bencic 6-2, 6-2 in the second round. This match lasted for one hour and 16 minutes. She will now face Romania’s Sorana Cristia, who defeated Italy’s Martina Trevisan 6-4 3-6 6-4 in the third round. Belarus’s Victoria Azarenka defeated Denmark’s young player Clara Tosson 7-5, 6-4. She will face Madison Keys in the third round. Madison defeated 18-year-old Leylah Anne Fernandez of Canada 6-1, 7-5.

This is a big dilemma before the Games in front of the equestrian Fawad Mirza, who created history by getting the Olympic quota, will find solutions like this