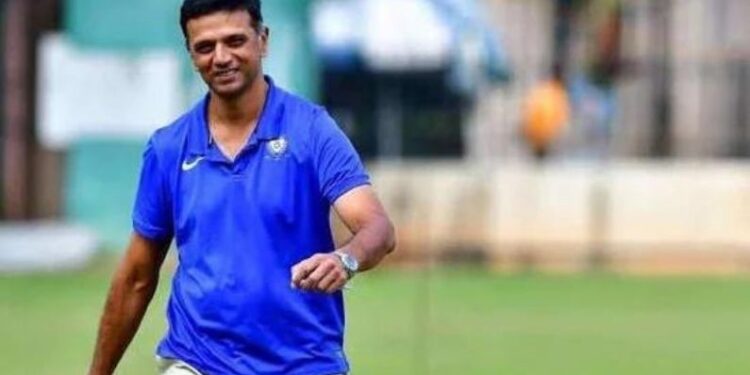 Former Indian captain Rahul Dravid has always been known for his simplicity. Companion or opponent, he is always ready to help everyone

Rahul Dravid has been the captain of India, who has always been known for his simplicity.

Former India captain Rahul Dravid’s style has always been calm and heart-winning. He rules in the hearts of the fans due to his simplicity. There are many such stories where Dravid won the heart of the opponent with his behavior. Recently, former Pakistan fast bowler Yasir Arafat, while talking about Rahul Dravid, told that somehow this Indian batsman had left his taxi to meet him.

Rahul Dravid is very important in Yasir Arafat’s career as he was his first wicket in Test cricket. Yasir considers it the most important wicket of his career. The right-arm fast bowler took five wickets in an innings against India in his Test debut. 39-year-old Yasir Arafat played three Tests, 11 ODIs and 13 T20 Internationals for Pakistan. Arafat, however, played county cricket continuously. Arafat played for Sussex, Surrey, Hampshire and Somerset.

Yasir Arafat said in a conversation with YouTube channel Sports, ‘Rahul Dravid came for commentary at Lord’s. After the match was over, he came out of the stadium and booked a taxi for himself. As soon as I was about to sit in the taxi, I called him – Rahul Bhai. Yasir further said, ‘Dravid stopped hearing my voice and he left the taxi. I did not play much cricket for Pakistan but despite this Rahul Dravid talked to me for 10-15 minutes. He asked me about my cricket and family. I liked it very much.’ Yasir Arafat said, ‘It is a big achievement for me to make my Test debut with the wicket of Rahul Dravid. I can say that Dravid’s wicket is the biggest wicket of my career.

In the interview, Yasir Arafat recalled how he had once replaced Rahul Dravid. In 2003, Dravid was playing county cricket for Scotland as a foreign player. However, he took a break in 2004 and Scotland included Yasser Arafat as his replacement.

The stadium was showered with fours and sixes, 52 runs scored off 11 balls standing, youth in the game of ‘old Pakistani’