Former captain Anjum Chopra advised Mithali Raj before the World Cup, said – the game will have to change with time 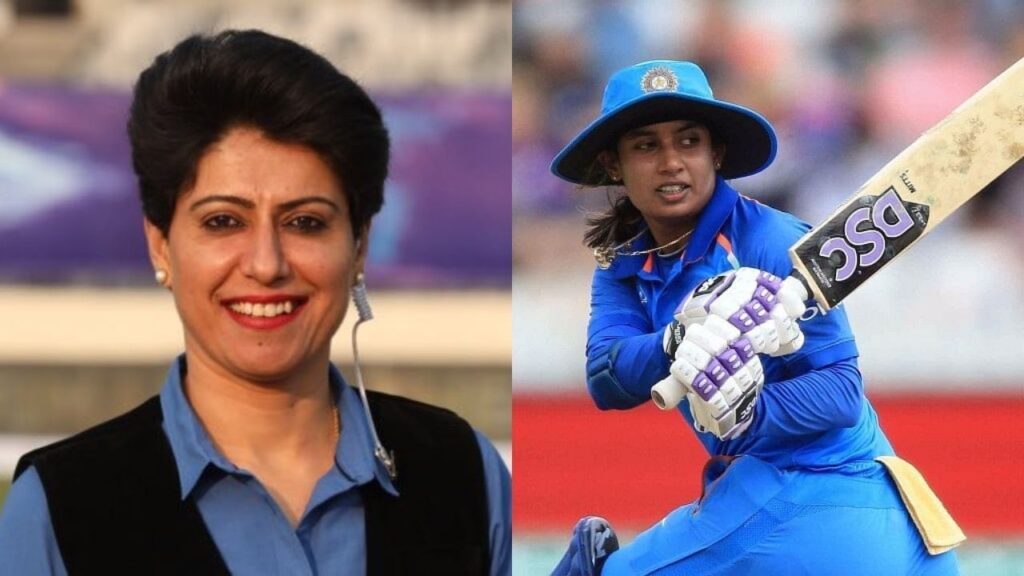 Mithali Raj has been questioned about her strike rate for a long time. This Anjum Chopra has given a big statement on the batting of Indian captain

Anjum Chopra is the former captain of Team India

Complete ODI series against New Zealand (India vs New Zealand) The Indian batting appeared to be struggling. Captain Mithali Raj (Mithali Raj) No one could perform except that. He played an important role in every match. She was the highest run-scorer for India in this series. Mithali responded with this performance to those who were questioning her form. Former Indian batsman Anjum Chopra (Anjum Chopra) I believe that Mithali Raj does not play for herself but for the country and she should do what makes the team win.

Before leaving for New Zealand for the World Cup, Mithali Raj was questioned about her strike rate. Then the Indian captain closed the journalist by saying that she does not play for her strike rate but for the country. While playing, she only thinks about how to make Team India win. In such a situation, it is important for them not that their strike rate is high, it is low. Anjum Chopra advised Mithali to do only what makes the team win.

Mithali will have to play for the team

When no batsman could stay on the crease in the series against New Zealand, Mithali Raj was all involved in handling India’s innings from one end. He scored the highest 235 runs for India in five matches, including three half-centuries. In the fifth ODI, she remained till the end and led the team to victory. Former India captain Anjum Chopra believes that Mithali needs to bat according to the needs of the team, whether it is increasing or decreasing the strike rate. He said in a conversation with NewsNCR, ‘Mithali Raj should do what makes Team India win. If the strike rate with which she plays leads the team to victory, then all the better. Like today she stood till the end and made the team win. However, if the team’s score can go from 270 to 300 by improving their strike, then they should also do that. Mithali is very experienced, she can change gears according to her own.

The veteran, who has played 127 ODIs for the country, further said, ‘The performance of the team is getting better with every match. The team has also become much better in terms of scoring runs. Earlier she used to make 210-230 now she is making 270. But if 270 is being chased then you have to move towards 300. Now the time has come for the bowler to defend 300. The level of the match will be higher. What suits which player is a different matter, but what suits the team is important.

Mithali and Jhulan have high expectations from themselves

It is being considered as the last World Cup for Mithali Raj as well as Jhulan Goswami. And Anjum Chopra feels that both the stalwarts will have high expectations from themselves. He said, ‘Mithali Raj and Jhulan must be keeping a lot of expectations from themselves. Both have been part of Team India for a long time and have played more than 200 ODIs. No other team has experience. They both want the love and respect they have received from their fans and their expectations.

IND W VS NZ W: Smriti Mandhana scored a brilliant half-century for Team India to win, then said – I forgot to bat