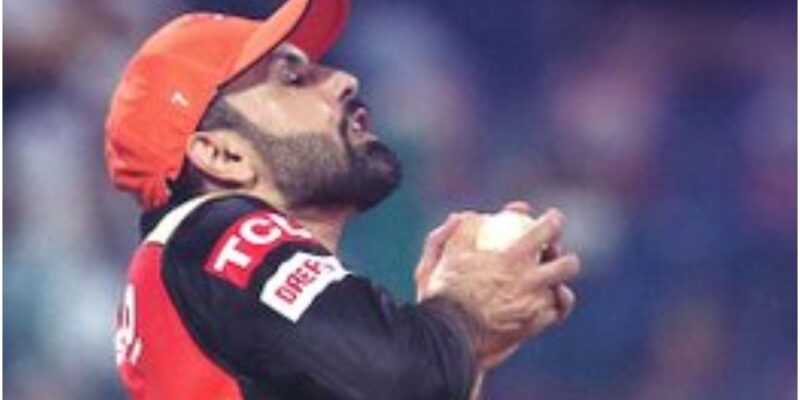 Mohammad Nabi made a unique record.

The last league match of the Indian Premier League (IPL 2021) was played between Mumbai Indians and Sunrisers Hyderabad (SRH). Mumbai Indians won, but their dream of reaching the playoffs was shattered. In this match, a player from Hyderabad made a wonderful record in his name. SRH player Mohammad Nabi holds the record for most catches in an innings of an IPL match.

Nabi made history with his fielding in the 55th match of IPL 2021, Nabi took a total of 5 catches in this match, which is the most catches taken by any fielder in an innings of any IPL match. Nabi is the only player to do this feat.

The catch of these batsmen

Mohammad Nabi is the first fielder to take 5 catches in an IPL innings. Nabi took the catch of Rohit Sharma, Suryakumar Yadav, James Neeshan, Krunal Pandya and Nathan Coulter-Nile. As a wicketkeeper, five catches in an innings were taken by Kumar Sangakkara in 2011. Then he did it for Deccan Chargers. Kumar Sangakkara did this amazing against RCB.

Nabi was included in the playing XI in place of captain Kane Williamson in this match. Williamson was not completely fit. In his place, Manish Pandey was given the command of the team. SRH’s performance this season has been disappointing. He is at the last number in the points table. This season Nabi has played a total of three matches and scored 34 runs. Also took three wickets. He has played 17 matches in IPL and scored 180 runs. Along with this, 13 wickets are also recorded in his account.