For the first time in the 1968 Mexico Olympics, a woman player was given important responsibility, history was created 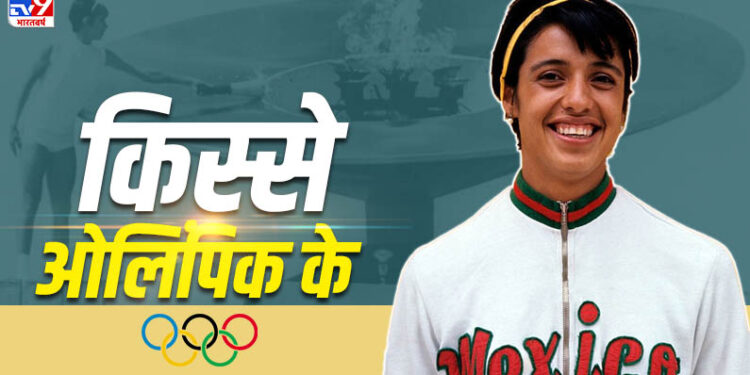 The 1968 Olympic Games were held in Mexico (1968 Olympics Games) where a girl lit the Olympic torch for the first time in the opening ceremony.

The 1968 Mexico Games were quite different from the rest of the Games. This was the first time the Games were held in Latin America. Although this country located at high altitude was not considered worthy of hosting by many countries. 112 countries took part in these games in which 5,516 players took part. The electronic time gauge was used for the first time in these games.

Apart from all these things, there was another such thing which happened for the first time. For the first time in Olympic history, a woman lit the torch of the Games. Before this, only male athletes used to do this work. The athlete to achieve this historic feat was Enriqueta Basilio of Mexico.

National identity was created by winning

Enriqueta was born in the year 1948. She was born in Mexicali. She came from an athletic family. His father was interested in agriculture as well as sports. Initially she used to do high jumps. After persuasion by his childhood coach Waldimir Puzio, he started participating in hurdle races. She came into limelight for the first time in her country when she won the gold medal in the nationals in 80 meters hurdles. She finished seventh in the hurdle race at the 1967 Pan American Games. After this he won the bronze medal in the 4×400 relay. On its own, she was able to qualify for the Olympics.

Arquette was covered around the world

Before the Olympic Games, when it was announced that this time a female athlete had been selected to light the Olympic torch, everyone was surprised. This news started being discussed in every country and the media started publishing news about it fiercely. The media and fans were eager to know which player would get this historic opportunity. Mexico selected Arqueta for this., and suddenly this 20-year-old female player became a star who was ready to create history.

On the day of the Olympic Games Opening Ceremony, Arqueta grabbed the torch and entered the stadium, all standing looking at him and witnessing this historic occasion. Wearing white shots and a T-shirt, Arqueta reached the field and then climbed the stairs and lit the torch. The picture of Arquette standing on the stage with a torch in her hand was forever immortalized in Olympic history.

Arqueta did not win any medals in these games. He took part in 400m, 80m hurdles and 4×100m relay. However, she could not move ahead of the heats in any event. She could not make any record in the world of sports, but she definitely started a change in the history of the Olympics.

India got silver medal in these games

The journey of 1968 Olympic Games was not always the same for India. The men’s hockey team, which won consecutive gold for India, could not even win silver this time. In Mexico, the team had to be content with bronze only. From here the standard of Indian hockey started declining. The 1968 Olympic Games was also special for Sansarpur, a small village in Punjab, because a total of 7 players from this village were representing their country in the Olympics.

Before the NBA, Michael Jordan made his Olympic debut, in 1984 in Los Angeles, was a blast