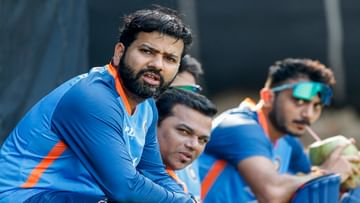 After the defeat of Bangladesh, Rohit Sharma made a sensational allegation, raised questions on the National Cricket Academy.

Do half fit players play in Team India?

Rohit Sharma said after the second ODI against Bangladesh, ‘We need to sit in the NCA and keep an eye on the workload of the players. We cannot let half-fit players represent the country. It is a matter of great pride and honor to represent the country and if he is not fully fit then it is not an ideal situation. We just need to go to the bottom of it and find out what is actually the reason behind it.

‘More than 100 percent fitness is necessary for the country’

Rohit Sharma said that it is important to understand that whenever a player comes to play for India, he should be more than 100 percent fit. Please tell that in the current ODI series itself, Rohit Sharma himself has been ruled out due to injury. At the same time, Deepak Chahar and Kuldeep Sen have also been ruled out due to injury. Deepak Chahar is constantly falling prey to injuries. He was injured even before IPL. He returned after a long time and once again he has been injured.

Half of Team India is injured!

The list of injured players of Team India is not small. Players like Jaspreet Bumrah, Mohammed Shami, Ravindra Jadeja are injured. Bumrah had returned to Team India after a long rest, but after playing 2-4 matches, he once again became unfit and could not even play the T20 World Cup. Ravindra Jadeja has also not been able to get fit after getting injured in the Asia Cup. Due to poor fitness, India is unable to field its full strength team and perhaps this is also the reason for its declining performance.


So is NCA not working properly?

The work of the National Cricket Academy, located in Bangalore, is to increase the fitness of the current cricketers and the level of their game in addition to future players. If any player gets injured then he has to go to NCA only. In the last few months, players like Bumrah, Chahar, Shami have spent a lot of time in NCA. These players join Team India only after the green signal from NCA, but after a few matches, they get injured again. In such a situation, the question is whether the NCA is not working properly? Does BCCI need to investigate this?