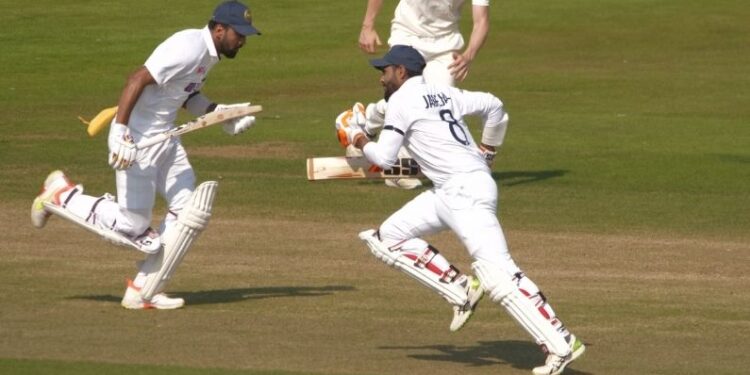 KL Rahul has not only staked claim for the opening on the basis of century but has also shown the ability to play in the middle order. He has also put pressure on Cheteshwar Pujara and Ajinkya Rahane.

Before the Test series against England, KL Rahul scored a century against Select County XI and presented his claim for the Indian Test team. Batting at number five, Rahul played an innings of 101 runs. Apart from him, Ravindra Jadeja scored 75 runs and India scored 306 for nine on the first day of the three-day match. Rahul retired after scoring 101 runs in 150 balls with 11 fours and a six. At the same time, Jadeja faced 146 balls in his innings and hit five fours and a six. Jadeja and Rahul shared a 127-run partnership for the fifth wicket. The Indian team landed in this match without Virat Kohli and Ajinkya Rahane. Both of them are injured.

India’s top order failed in this match. Caretaker captain Rohit Sharma (9), Mayank Agarwal (28), Cheteshwar Pujara (21) and Hanuma Vihari (24) failed to play big innings. Among these four, only Mayank Agarwal was the one who scored the fastest runs. He hit some big shots off the balls of Indian bowler Avesh Khan, playing for the county team. Then he got bowled by Lyndon James. Rohit was also looking in good color but he got out on the short pitch ball. Cheteshwar Pujara batted in his own style and spent 50 minutes at the crease. But in an attempt to block off-spinner Jack Carson, he came out of the crease and fell victim to the stumping.

At the same time, Vihari also spent a decent amount of time at the crease. He was dismissed trying to hit a big shot off left-arm spinner Liam Patterson-White. But before that, Avesh Khan got injured on one of his shots. It is suspected that the thumb of his left hand has been dislocated. At the same time, Washington Sundar also played for Select County XI but he did not get bowling.

KL Rahul and Ravindra Jadeja played the first day’s game. Both of them batted well. Rahul completed his 15th first-class century, taking shots all around the field. During this, the six he hit on the ball of Patterson-White fell outside the field. Rahul completed his 100 runs by hitting a four. Due to this century, he has not only staked claim for the opening but has also shown his ability to play in the middle order. Anyway, the form that Cheteshwar Pujara and Ajinkya Rahane are going through, there is pressure on them. At the same time, Jadeja gave full support to Rahul and kept the scoreboard running while hitting weak balls. Fast bowler Craig Miles was the most successful for the Select County team, who took three wickets.

read this also: KL Rahul scored a century after one and a half years, did wonders at number 5, saved the shame of Team India in trouble