FIR on those who made dirty comments on daughters of Kohli and Dhoni, police sent notice to Twitter 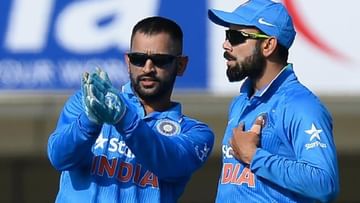 Recently, Delhi Women’s Commission Chairperson Swati Maliwal had issued a notice to register a case against those who made dirty comments on the daughters of Virat Kohli and MS Dhoni.

Police has made preparations to clamp down on those who made dirty comments on the daughters of MS Dhoni, Rohit Sharma and Virat Kohli. An FIR has been registered against those who made dirty comments on social media. With this, the police has also started investigation. Following the tweet by Swati Maliwal, chairperson of the Delhi Commission for Women, the police swung into action and registered a case. Along with this, a notice was also issued to give information about the accounts to Twitter.

Recently, Swati Maliwal had issued a notice to register a case against those who made indecent remarks against the daughters of Kohli and Dhoni.

The way lewd comments about Kohli and Dhoni’s daughters are being made on Twitter #RohitSharma His wife and daughter are also being made targets of indecency. What is going on? @delhipolice @MumbaiPolice pic.twitter.com/dZHKz5BD9A

Recently, Virat Kohli and Anushka Sharma celebrated their daughter’s second birthday. He had shared the daughter’s picture on social media, on which some users had made indecent comments. Seeing which Swati got enraged. He tweeted that some accounts are making lewd comments on the photos of daughters of 2 big Indian players Virat Kohli and MS Dhoni. Such cheap things for daughters of 2 years and 7 years. If you don’t like the players, will you abuse their daughters?

Delhi Police after my notice @ImVKohli And @MSDhoni FIR has been registered in the case of indecent comments made on the daughters of Very soon all the culprits will be arrested and behind bars. pic.twitter.com/IPFE7Uky0x

Swati Maliwal also told that she is sending a notice to the police to register an FIR on this matter. After receiving Swati Maliwal’s notice, the IFSO unit of Special Cell registered the case. After the case was registered, Swati tweeted that soon the culprits would go behind bars.