FIH’s first ‘fives tournament’ will not be held this year, postponed for 1 year due to Corona 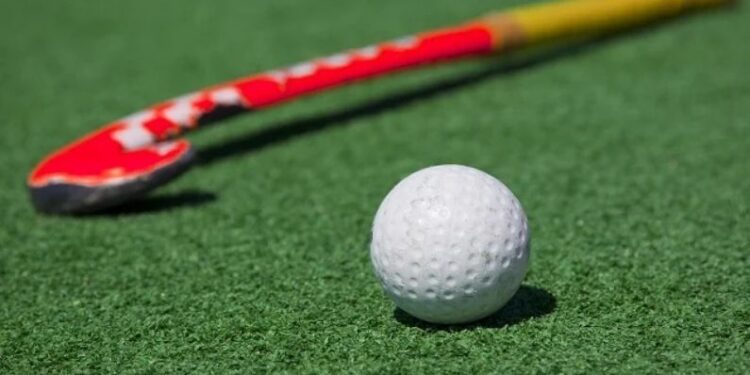 Hockey’s international federation FIH was to organize the World Hockey5s Tournament for the first time this year, although now the tournament will be held next year.

The FIH Hockey Fives tournament was to be held in September. (signal picture)

The effect of Coronavirus from the sports world is still not over. At present, all the international federations are engaged in the preparations for the Olympics. After the Olympics, the International Federation of Hockey was to organize a major tournament in September but now they have postponed it. The FIH World Hockey Fives tournament on Wednesday was postponed to 2022. This was done due to the worldwide ‘uncertainty’ regarding the COVID-19 pandemic.

The ‘FIH Hockey Fives Lausanne 2021′ competition was planned to be held in September this year but now it has been postponed till next year. FIH CEO Thierry Weil said in a statement: “The one year delay in this year’s competition is disappointing, especially given its role in spreading the Hockey Fives globally. We have however come to the conclusion that it was the best decision made to preserve the full potential of the promotion of this contest.’

Tournament to be held next year

“I would like to thank all the stakeholders who have helped us immensely so far and especially the city of Lausanne, the Swiss Hockey Federation, our partners and all the teams that have confirmed the representation,” he said. I am looking forward to my preparations and invite all hockey fans next year. Next year the competition will be held at the Place de la Navigation. Entry to the competition will be free and the men’s and women’s tournaments will be broadcast live worldwide via ‘Watch.Hockey’.

FIH had released the ranking

The rankings were released by the FIH ahead of the Tokyo Olympics. In this ranking, the Indian men’s and women’s hockey teams remain at the fourth and 10th positions respectively in the rankings. Australia has topped the men’s world rankings with a score of 2513.67. He achieved the top spot on the back of good performances in the FIH Hockey Pro League and Test series against New Zealand. Australia removed Belgium from the top. The European team has now slipped to second place. India is fourth (2223.45) and Germany (2163.57) is fifth. Germany, however, has reduced the point gap between itself and India. There is no change in the top of the women’s ranking. The Netherlands remains on top while Argentina is in second place. Germany has moved up from fifth to third place.