Fierce battle of 8 teams in FIFA World Cup today, know the details of your favorite match 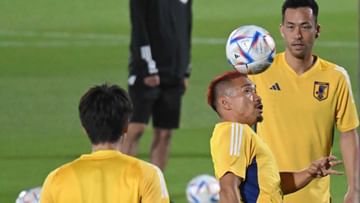 Even today, the thrill of football will be in full swing in the Mahakumbh of Qatar. The car of some teams will be seen moving forward while some will stop at the group stage itself.

4 matches will be played today in FIFA World Cup

FIFA World Cup 2022 Like everyday, today also 8 teams will be in the field. That means even today there will be a total of 4 matches. Even today in the Mahakumbh of Qatar Football The thrill of will be in full swing. The car of some teams will be seen moving forward while some will stop at the group stage itself. These matches will be of Group E and Group F. A fierce battle will break out between these two groups today. Now which one will be your favorite in the 4 matches to be held today and what will be its timing, we will give you complete information about it in this news.

First of all, let us tell you which teams will compete today. Today in the FIFA World Cup 2022, there will be a match between strong teams like Germany and Spain. Apart from these, teams from Croatia, Belgium, Canada, Morocco, Japan and Costa Rica will also be seen in the field today.

When, where, how to watch all today’s matches in FIFA WC, know here?

Between whom will the matches be played today in the FIFA World Cup 2022?

When and what time will all the four matches of today’s FIFA WC 2022 be played?

Where will be the live telecast of today’s all four matches in FIFA World Cup 2022?

The live telecast of all the four matches to be played in the FIFA World Cup will be on Sports18 and Sports18 HD.

Where will be the live streaming of FIFA World Cup 2022 matches?